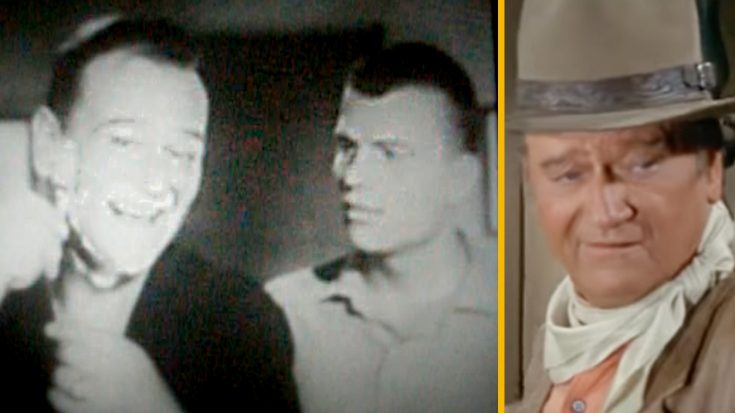 In the 1950s, Hollywood legend, John Wayne, starred alongside his son in the perfect commercial collaboration.

“Hold everything, dad!” Patrick declares as he charges into his father’s dressing room. “Have I got news for you! Look, a brand new Gillette!”

Wayne, who is already lathered with shaving cream, is immediately skeptical. The actor asked how the razor would better his currently shaving ritual in a way that made Wayne relatable to the company’s target customer.

“Well you see this here?” Patrick explains. “You just turn it to adjust the blade to what kind of shave you want.”

Patrick describes to his father and the viewers that the razor has nine settings that give users control over the closeness of their shave. At the end of the advertisement, Wayne tries the razor and reveals that he is impressed with the results. Customers could achieve the same shave as Wayne for just a $1.95.

” Hey, that’s great! Thanks!” Wayne exclaims with a smile.

Watch the vintage commercial below.

For more images of Wayne and his family, check out the following video.