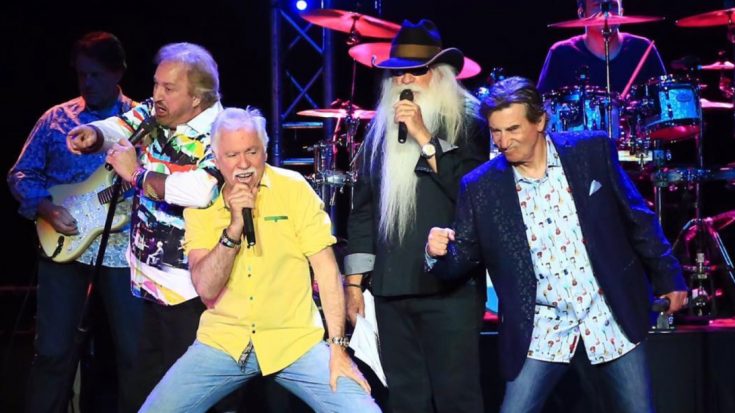 Joe Bonsall, longtime tenor singer for the legendary Oak Ridge Boys, was noticeably absent from some of the group’s recent singing engagements.

In a post made to Twitter on Friday (June 17), the 74-year-old explained his absence from this weekend’s shows saying,

“There has been some concern for me and yes I AM having some health issues, that’s why I was looking a bit weak at the shows last week,” Bonsall wrote.

He also announced that Rudy Gatlin of the Gatlin Brothers will be filling in for him. He added that he will be okay and thanked his fans for their prayers.

There has been some concern for me and yes I AM having some health issues, that’s why I was looking a bit weak at the shows last week I will not be out with the guys this weekend but brother RUDY GATLIN will be filling in Should be fun!!! I am going to be ok thanks for 🙏

Bonsall hasn’t offered any further explanation about his health problems, but replied to some fans and friends on Twitter saying “I’ll get through this…” and “Better by the day.”

Joe Bonsall joined the Oak Ridge Boys in 1973, just before the quartet emerged onto the country music scene with crossover hits such as “Elvira,” “Bobbie Sue,” and “American Made.” His energetic personality and big smile has made him a favorite amongst generations of Oaks’ fans.

We wish Joe Bonsall a full and speedy recovery and hope to see him back on the road soon!