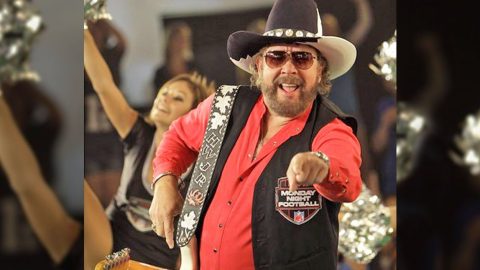 Even though the game we all know and love is back, the intro for the very first Monday Night Football of the season will look and sound a little different than what we have become used to.

For 1989-2011, and again starting in 2017, Hank Williams Jr. kicked off Monday Night Football with a variation of his song “All My Rowdy Friends Are Coming Over Tonight.” The song helped make the phrase “Are you ready for some football?” pretty much iconic.

Once again, ESPN has officially pulled “All My Rowdy Friends Are Here On Monday Night” as the opening song. They will be replacing it with the band Butcher Brown’s version of “Rip It Up,” originally sung by Little Richard.

Hank Jr. will no longer be singing the opening due to the COVID-19 pandemic, seeing as most stadiums will be empty of fans, aka the “rowdy friends” he sings about in the song. We imagine ESPN also doesn’t want to promote large football viewing parties.

Even though we understand ESPN’s reasoning here, a lot of fans are upset by the decision. One even suggested they change the lyrics to, “All my rowdy friends are home for Monday night.”

They could've just changed the final lyrics to ?"All my rowdy friends are home for Monday night!"? just for the 2020 #NFL season. #MNF https://t.co/iolJvrNo1d