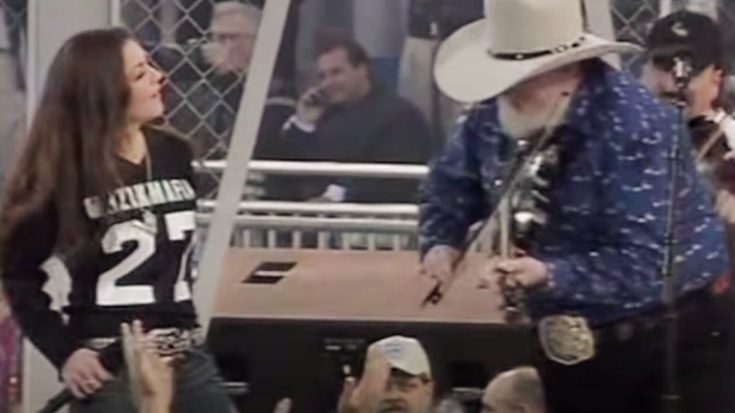 In her 2004 debut single “Redneck Woman,” Gretchen Wilson proudly sings, “And I know all the words to every Charlie Daniels song.”

That lyric wasn’t just a throwaway line Wilson and her co-writer, John Rich, used to name-drop a country music superstar. She truly is a fan of Daniels’ music.

Her admiration for Daniels was made clear after he passed away on July 6, 2020 at the age of 83.

“I never met a better man than Charlie Daniels,” Wilson wrote in a tribute she posted on social media. “He was so inspiring in so many ways. May he Rest In Peace along side his Creator and continue to inspire!“

I never met a better man than Charlie Daniels. He was so inspiring in so many ways. May he Rest In Peace along side his Creator and continue to inspire!

Wilson and Daniels worked together several times after Wilson made her way onto the scene. The pair united to record a duet of “Jackson,” which Daniels included on his 2007 album Deuces.

Those wishing to remember happier times can check out the below video, which shows one of Daniels and Wilson’s collaborations.

The duo teamed up in 2005 to deliver a pregame performance before Super Bowl XXXIX in Jacksonville, Florida. Wilson opened the show by delivering a solo performance of “Here for the Party.”

Then, Wilson welcomed Daniels to the stage and introduced him as her “hero” before they moved in to an energetic performance of his signature song, “The Devil Went Down to Georgia.”

Wilson let Daniels take control of the performance, though she did chime in to sing occasionally. She also started to dance when Daniels was busy cranking out the song’s iconic fiddle part.

Overall, Wilson and Daniel’s 2005 Super Bowl pregame performance was the definition of “epic.” Check out the video below to see how it unfolded.