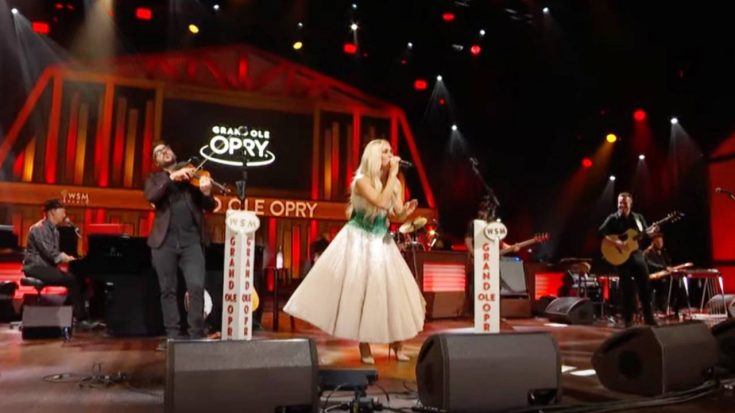 Every Saturday night for the last almost 100 years, the Grand Ole Opry has put on a live broadcast. In November, they celebrated their 5,000th consecutive Saturday night show.

Congrats @opry on your 5,000th Saturday night show tonight! I’ve had so many great memories on that stage and am honored to be a part of the family. pic.twitter.com/ej6yE4jWor

The Opry has a storied history and incredible access to the biggest and best names in country music, which is likely why it just sold a minority stake for an incredible amount of money.

Ryman Hospitality Properties, the parent company of the Grand Ole Opry has sold 30% of its entertainment operations to two companies for an astronomical price.

NBC Universal and Atairos now have a minority stake in Opry Entertainment Group (OEG) after a nearly $300 million deal was finalized. According to multiple news outlets, Atairos contributed $278 million of the $293 million deal, making OEG’s value being $1.4 billion in total.

To find out more details on the deal, click here.

We’re excited to see what this deal will do. Just last year, the Opry launched their own network, called Circle, which also streams on Peacock, Roku and Samsung TV Plus. The network has several different original shows, as well as the live TV broadcasts of the Grand Ole Opry.