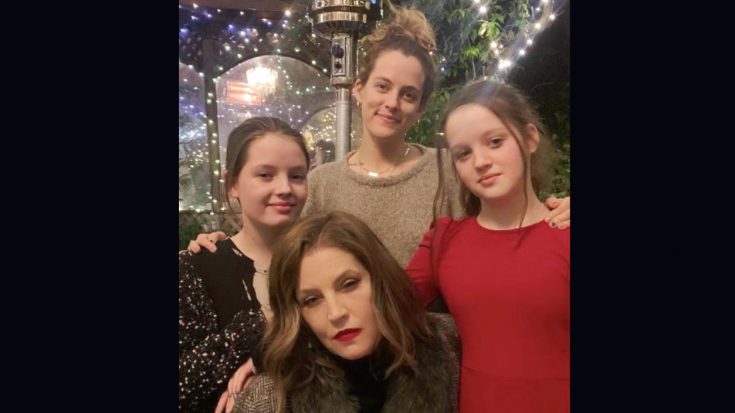 Lisa Marie Presley died unexpectedly on Thursday (January 12) at the age of 54. Her mother, Priscilla Presley, shared the following statement after she passed away:

“It is with a heavy heart that I must share the devastating news that my beautiful daughter Lisa Marie has left us. She was the most passionate strong and loving woman I have ever known. We ask for privacy as we try to deal with this profound loss. Thank you for the love and prayers. At this time there will be no further comment.”

Graceland, the home of Lisa Marie’s late father Elvis Presley, also released a statement about her passing. They said:

“Priscilla Presley and the Presley family are shocked and devastated by the tragic death of their beloved Lisa Marie. They are profoundly grateful for the support, love and prayers of everyone, and ask for privacy during this very difficult time.“

A representative for Lisa Marie’s daughter, actress Riley Keough, later told Fox News Digital  Lisa Marie will be buried at Graceland by her son, Benjamin Keough. Ben died in 2020 at the age of 27.

Elvis, his parents Vernon and Gladys, and his grandmother Minnie Mae are also buried at Graceland.

Graceland also shared that in lieu of sending flowers, those who want to do something in honor of Lisa Marie can make a donation to the Elvis Presley Charitable Foundation. The EPCF “offers support to various charitable organizations, especially focusing on arts, education, and children’s programs in the Memphis/Whitehaven area.”

You can donate to the EPCF here.

Although Lisa Marie did not live at Graceland, she often attended special events held on the estate. She was at Graceland just days before her death to celebrate what would have been Elvis’ 88th birthday on January 8.

As Graceland details, Elvis’ father Vernon became the executor and trustee of his will after Elvis’ death in 1977. Vernon, Minnie Mae, and Lisa Marie were listed as the beneficiaries. Vernon passed away in 1979 and Minnie Mae died the following year. That left Lisa Marie as the only remaining heir to Elvis’ estate.

Lisa Marie’s inheritance was placed into a trust that dissolved on her 25th birthday. After that, Lisa Marie formed a new trust, The Elvis Presley Trust, “to continue the successful management of the estate.” The National Bank of Commerce and Lisa Marie’s mother, Priscilla, served as co-trustees. At the time of her passing, Lisa Marie retained 100% sole personal ownership of the Graceland mansion, its 13-acre grounds, and Elvis’ personal effects.

So who will Graceland go to following Lisa Marie’s death?

“Following the death of Lisa Marie Presley on Thursday, the property, which is in a trust, will benefit Lisa Marie’s three daughters, Riley, Harper and Finley…“

Our thoughts and prayers go out to Riley, Harper, Finley, Priscilla, and to all of Lisa Marie’s loved ones during this difficult time. She is so dearly missed…