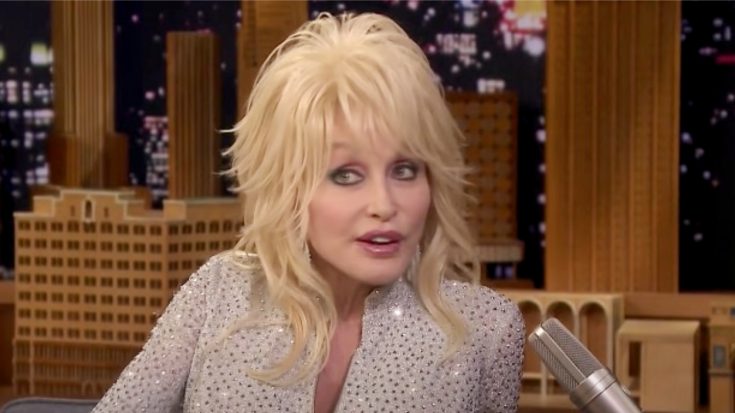 Dolly Parton has been married to her husband, Carl Dean, for 56 years. While Dolly is one of the most recognizable celebrities in the world, Carl wants to stay out of the spotlight. He’s only been photographed with his wife a few times over the years, and doesn’t attend events such as awards shows.

“He’s kind of a loner so he doesn’t really like being with anybody but me, when I’m home — I mean, he’s not one to kind of get out there and socialize that much,” Dolly said in an interview with ET. “He loves living on the farm, taking care of the property as he has for all these many years, and then, we just have a lot to talk about.”

Dolly explained how she and Carl make their marriage work despite being two “different people.” Although he’s not in the music business like she is, he loves music, which gives them something to discuss. Carl’s “world” is also quite different from Dolly’s, so she enjoys hearing about the things he experiences.

“He loves music, but he’s not in the music business at all, so we have different things to talk about, his world and my world, and we work really well together,” she said. “We have a lot of love and respect for each other…”

One thing Dolly and Carl have in common is a “crazy, warped sense of humor.” She believes that’s the main secret to their long-lasting relationship.

“I think the key to all of it — we both have a crazy, warped sense of humor, so we have a lot of fun,” she said.

You can hear Dolly talk more about her marriage to Carl by tuning in to the video below. We love hearing how much they love each other!