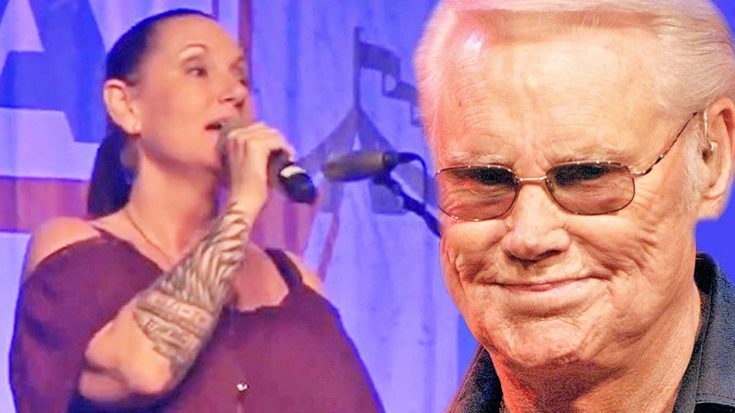 Although Billy Yates was the first artist to record the song “Choices,” it was George Jones who made it famous. Jones released his rendition of the song in May 1999.

Fans kept calling their local radio stations to request the song, and as a result it claimed the 30th spot on the Billboard country chart.

While George certainly had more successful singles in terms of chart performance, “Choices” was still a monumental piece in his collection. In 2000, the song earned George a Grammy nomination for Best Male Country Vocal Performance. He was up against a bunch of other talented artists, including Vince Gill and Dwight Yoakam.

At the end of the night, George was the one who went home with the trophy, all thanks to “Choices.” It was the last Grammy award he ever received, though he was nominated for another in 2006.

Carrying On The Legacy

Songs like “Choices” have inspired a whole new generation of country artists to follow in George’ legendary footsteps. One of those artists is his own daughter, Georgette Jones, who has devoted her life to the genre she was raised with.

In addition to having George as her father, Georgette’s mother was Tammy Wynette. So it basically goes without saying that her passion for country music is in her blood. She has released several albums containing her own music, but also makes a point to honor her parents whenever she gets the chance.

During a show in Nashville in June 2017, Georgette decided to honor her father by singing “Choices.” She delivered a graceful performance, her sweet, soft voice sounding slightly reminiscent of her mother’s.

The crowd seemed to thoroughly enjoy Georgette’s version of the song. They rewarded her with a warm round of cheers and applause once she finished, prompting her to issue them a heartfelt “thank you.”

We’re sure you’ll appreciate this country daughter’s take on one of her father’s most well-known songs. If only George was here to see her now, he would be so proud.