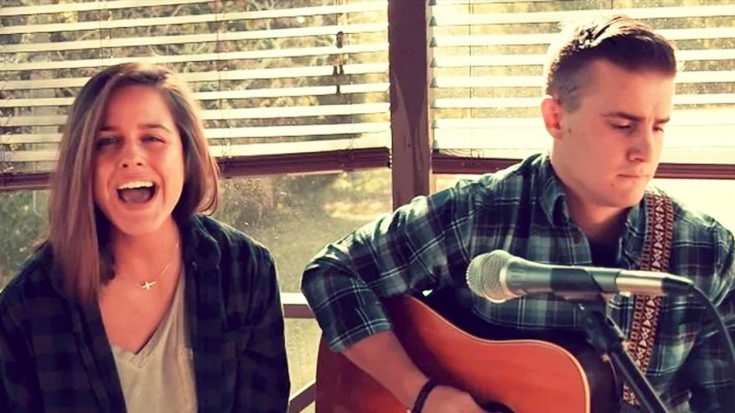 Johnny Cash and June Carter were country music legends and eventually husband and wife. They were perhaps the best county love story the industry has ever seen.

Cash first saw his future wife backstage as one of Elvis Presley’s backup singers at the Grand Ole Opry and proposed to her years later on February 22, 1968. The two were married a short two weeks later, having one child and growing into old age with just as much love, possibly more, as they had begun within their youth.

While they sang many songs together, their most iconic duet, “Jackson” continued to be a staple to the duo until they both passed away in 2003. The iconic couple’s  legacy lives on through cover versions of their legendary songs. Singers Noah Overby and Elizabeth Stroup adhered to the challenge of living up to the couple’s outstanding song “Jackson,” as we confidently believe that they made the two incredibly proud.

Not only does Stroup’s vocals strike a similar resemblance to that of Carter’s, but Overby’s booming, deep voice and expression capture the elements that created Cash and made him the man we will never forget!

The singers gave one hell of a performance for the classic, as we also admired Overby for his impressive guitar abilities. The simple, yet incredibly done, tribute is one we guarantee you’ll enjoy. After all, you can never go wrong with a little Johnny and June! Check it out below.