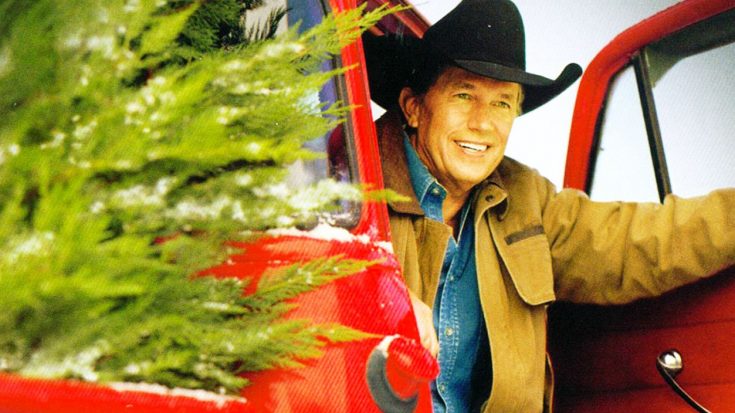 Debuting on George Strait‘s premiere Christmas album, Merry Christmas Strait To You!, the eighth track pays homage to his southern roots with a cheerful and upbeat tune.

Merry Christmas Strait To You pic.twitter.com/xPHzmY1Cfr

“When It’s Christmas Time In Texas” landed at the 58th chart position and helped bring Strait’s album into the Top 20 spot during it’s first holiday season. The song is a light-hearted take on Christmas staples like snow and Santa Claus “crossing the border.” It’s an enjoyable addition to traditional Christmas songs.

It's snowing in November and I can't think of a better excuse to listen to the George Strait Christmas album❄️❤️ pic.twitter.com/s5MG1H3Dja

Strait, whose career began in the late ’70s, has amassed an incredible number of successful albums, 60 No. 1 hits, and has sold more than 100 million records worldwide. According to the Recording Industry Association of America, he is the 12th best-selling album recording artist in the United States.

Following the success of “When It’s Christmas Time In Texas” and the album Merry Christmas Strait To You!, George Strait launched five more Christmas albums over the next 25 years and even landed one in the Top Ten!

Check out this true Texan’s Christmas carol in the video below!