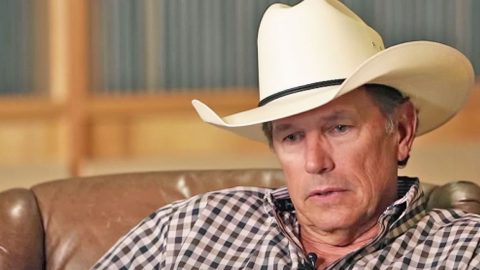 George Strait is a man of few words. His interviews are few and far between and he normally doesn’t talk about much more than his music.

In this rare occurrence, Strait details a pain that no parent should ever feel.

On December 14, 2012, the nation learned of the tragic event that took place at Sandy Hook Elementary School. A man walked on school grounds and took the lives of 20 children between the ages of six and seven years old, as well as six adult staff members.

“I know what these parents are goin’ through,” he said. “It’s the worst thing that can happen to you in your life. To lose a child, there’s nothin’ worse than that.”

He knows this pain because in 1986, his 13-year-old daughter, Jenifer, was killed in a car accident. When the event occurred, The Orlando Sentinel reported that an 18-year-old caused the single-car non-alcohol related accident due to “excessive speed and the car did not negotiate the turn.”

Since Strait has lost a child unexpectedly, he knew he wanted to pay tribute to the victims in some way, shape or form. His son and writing partner, Bubba, felt the same way.

Together, with the help of Dean Dillon, they wrote the song “I Believe” and it’s one of his most personal songs.

“The entire time, my concern was I don’t know these people and I’m concerned about offending them. I don’t want to cause them any more misery than what they’re already going through,” he says.

He brought the song to the studio with him while he was recording his album Love Is Everything, but ended up not cutting it.

As the band was packing up their instruments, Norma, Strait’s wife of over 40 years, asked him why they didn’t record “I Believe.”

Thank goodness for Norma, because the song turned out beautifully.

Watch Strait perform “I Believe” below.