George Strait Just Scheduled Another New Show: When & Where Is It? 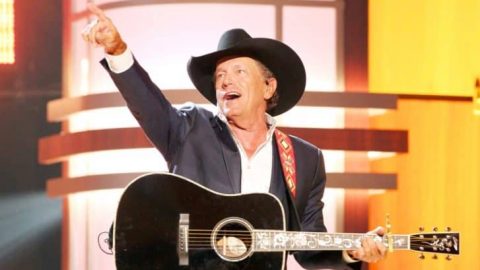 “The King Of Country” Keeps Busy

Even though George Strait retired from full-scale touring years ago, he never planned to stop performing entirely. After his final tour, “The King of Country” kicked off a residency in Las Vegas, which until recently, was usually the only place you could see him perform.

The residency has been a huge success, and as a result, Strait performs in “Sin City” multiple times each year. So far, his schedule has him returning for two dates in August and another pair of dates in December.

Play the free Strait to Vegas Casino, and earn loyalty points good for real George Strait gear. And if you enjoy…

On top of that, Strait has a number of other big shows on the books for 2019. In fact, this year’s schedule is probably his most jam-packed since his retirement!

In addition to his residency dates, Strait will be performing at the Buckeye Country Superfest at the Ohio Stadium in June, at Gillette Stadium in August, and has two shows scheduled at Dickies Arena in November.

While for now, that seems like all Strait is planning to do for 2019, he’s already looking ahead to next year.

A couple of weeks ago, the country music legend thrilled fans when he announced his first shows of 2020. The announcement was quite surprising, since the shows aren’t taking place in Vegas or Strait’s home state of Texas, where he tends to perform the most.

Instead, Strait’s first concerts of 2020 are taking him elsewhere…to the Intrust Bank Arena in Wichita, Kansas and the Sprint Center in Kansas City, Missouri, to be exact!

As you would expect, the fan reaction to Strait’s announcement was immediate and overwhelming. Since it’s so rare to see Strait in concert these days, fans in the Wichita and Kansas City areas rejoiced that he chose their towns for his first shows of the year.

The Deal Just Got Sweeter

After seeing the enthusiastic response to the announcement, Strait decided to sweeten the deal.

On Monday (May 20), Strait announced that due to popular demand, he’s adding a second show to his stint at the Sprint Center in Kansas City. So now, fans in the area have the chance to catch him on the originally announced date of January 25 or on the new date of January 26!

#ANNOUNCEMENT: Due to overwhelming demand, The King of Country has added a second show (Jan. 26) to his special engagement at #SprintCenter.

Based on how selective Strait is with scheduling his shows, you don’t want to pass up on the opportunity to see him at one of these two dates if you live in the Kansas City area.

But after seeing how many concerts he’s put on the books for 2019, maybe he’ll have a similarly busy 2020 as well. We sure hope so!

Anyone who has ever seen Strait live knows that his concerts are some of the best. Just watch the below video of one of his live performances to see why everyone rushes to see “The King of Country” when he comes to town!