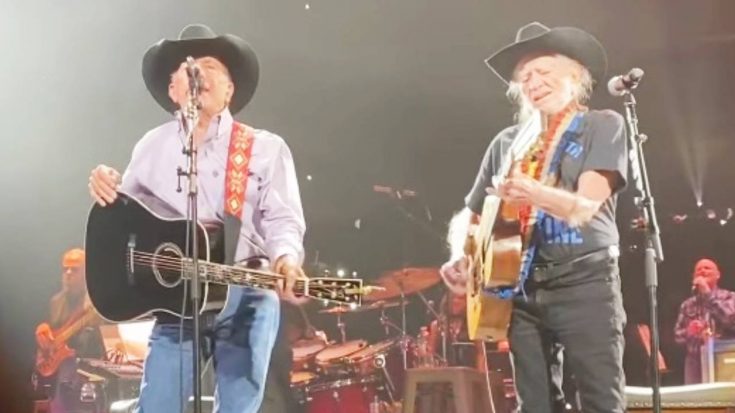 Matthew McConaughey attended every design meeting for the venue, per OVG 🏟

During the first night of the grand-opening celebration, George Strait and Willie Nelson took the stage together. They performed “Pancho and Lefty,” a duet Nelson and the late Merle Haggard released in 1983.

Before they treated the fans with “Pancho and Lefty,” they performed their duet ““Sing One With Willie,” which was included on with Strait’s 2019 album Honky Tonk Time Machine.

Not only that, but George also sang “Happy Birthday” to Willie because the grand-opening just so happened to fall on Willie Nelson’s 89th birthday.

Watch their duet to “Sing One With Willie” below.