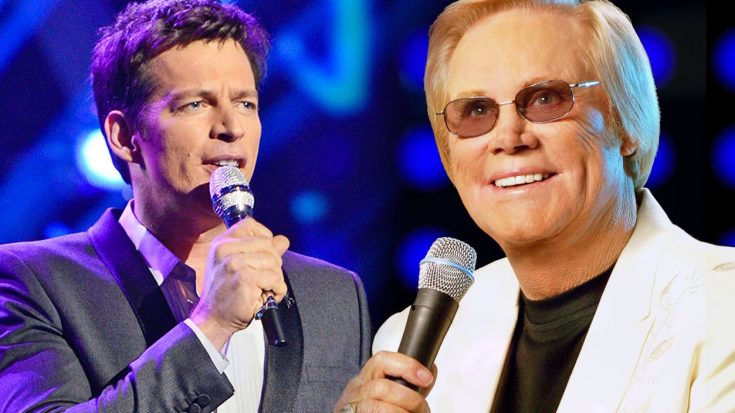 Musicians from every genre took to social media to offer their condolences to his family and talk about their favorite memories.  Harry Connick Jr., who looked up to Jones, took to Twitter to react.

george jones died. i won't stop loving him today, or ever. all my thoughts are with nancy and his family… he was the the greatest ever.

For Connick, the highlight of his many experiences with Jones was singing with him for their duet, “Nothin’ New For New Year.”

The song is from Connick’s 2003 Christmas album, Harry for the Holidays. The album includes twelve Christmas classics as well as four new songs written by Connick himself.

One of those new songs is “Nothin’ New For New Year.”  Connick expressed his excitement to Greenwood, South Carolina’s The Index-Journal. “George Jones is my favorite singer,” he said. “I was quite surprised and honored that he said yes [to the duet].”

“He’s an amazing talent,” Connick continued. “I don’t know how someone can be that musical naturally. The sound of his voice is like something sent from God. George got the winning lottery ticket when it comes to a voice.”

Their voices are so different, but they sound incredible together. Both of their styles are complimented well and Connick’s songwriting ability really shines. How we wish there was a live performance of this song!

Listen to the incredible duet below.