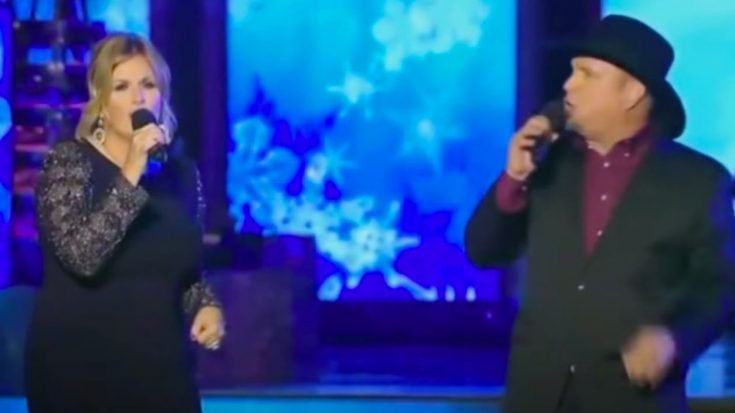 Garth Brooks and Trisha Yearwood want you to celebrate the holiday season with them this year!

After previously hosting a successful concert event on CBS in April, Brooks and Yearwood are returning to the network to perform a live, one-hour holiday concert on December 20.

“Our viewers loved reaching out directly to Garth and Trisha to request their favorite hits [during the April concert special]…It brought some fun and joy directly into their living rooms as they were hunkered down with their families. Now, nine long months later, who better to bring some holiday magic, performing some of the greatest holiday songs of all time than Garth Brooks and Trisha Yearwood.”

Brooks and Yearwood previously released a holiday duets album, Christmas Together, in 2016. So they’ll certainly be able to pull songs from that record when they perform during their Christmas special.

But like they did for their April concert, the country power couple is also taking song requests from fans!

When announcing the special, Yearwood addressed her fans, asking “What should we sing? We are taking requests!”

Celebrate the holidays with us! We are returning to @CBS for a one-hour concert special, “Garth & Trisha Live! A Holiday Concert Event” Sunday, Dec. 20, 8:30PM/7:30 C. What should we sing? We are taking requests! pic.twitter.com/2wiLY7pqJu

According to Music Row‘s press release, those who would like to submit a Christmas song request to Brooks and Yearwood need to pay attention to Brooks’ weekly “Inside Studio G” sessions:

“Brooks will share details about how viewers can make song requests for the special on his weekly Facebook Live show, “Inside Studio G,” in the weeks leading up to the special,” the press release reads.

So stayed tuned to “Inside Studio G” and get your song requests ready for Brooks and Yearwood! In the meantime, enjoy one of their past holiday duets by tuning in to the video below.

Which song are you hoping to hear Brooks and Yearwood sing during their upcoming Christmas special?