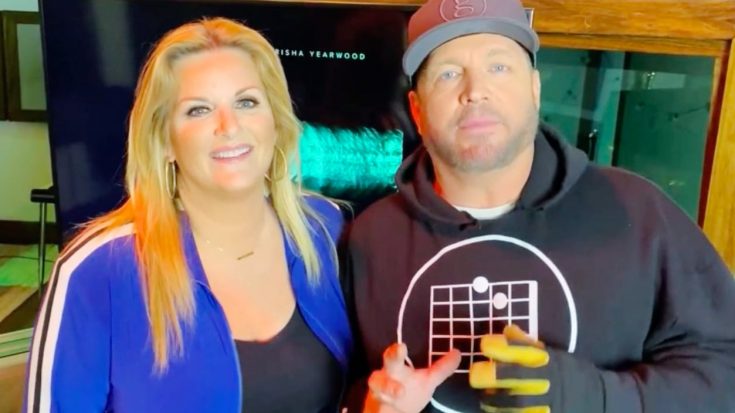 The country superstar was supposed to preview his new album, Fun, during a Facebook Live event on Wednesday night (October 21). He was also going to join his wife, Trisha Yearwood, to perform their rendition of “Shallow,” which is featured on the album.

However, a hand injury kept Brooks from being able to go on with the show.

Brooks and Yearwood addressed their fans in a video posted an hour after the album preview party was supposed to kick off.

They said they were rescheduling the album preview and “Shallow” performance for October 26 during the usual time Brooks holds his Facebook Live series Inside Studio G. Brooks, who wore a glove on his left hand, said he hopes all will be “great” by then so they can perform together and he can play guitar.

“If not I’ll have to learn the chords,” Yearwood joked.

Taste of Country cites a note from Brooks’ publicist, who says he hurt “multiple fingers on his left hand while working on the farm.” Brooks kept trying to play, which is why he didn’t call the show off until the last minute.

You can watch Brooks and Yearwood address his injury and the postponement of the Fun album preview session in the video below. We hope Brooks’ hand heals quickly!