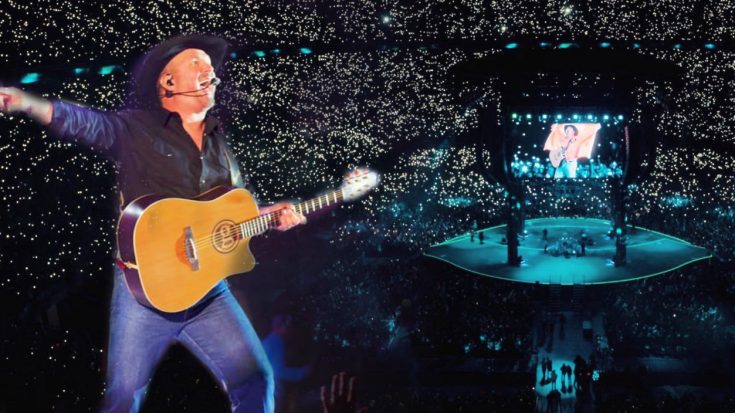 On November 16, Garth Brooks played to a massive crowd at Neyland Stadium in Knoxville, Tennessee.

Brooks played a 17-song set that included his hits “The River,” “Unanswered Prayers,” “Friends In Low Places,” and “The Dance,” as well as a 7-song encore, which included a cover of “American Pie.”

He sang “American Pie” as a sing-along for his crowd, which according to University of Tennessee Assistant Director of News and Information Owen Driskill, was 84,846 people.

According to a news release, this massive crowd broke a record not only for the stadium itself, but also for single concert event attendance in the entire state of Tennessee, which was previously set at 80,000.

Brooks took to social media after the concert and wrote, “BEST night of the BEST week! ALL my love and gratitude!!!!”

BEST night of the BEST week! ALL my love and gratitude!!!! love, g #GARTHinKNOXVILLE pic.twitter.com/M5993axHzL

The Knoxville show marks the last stadium stop for the “Dive Bar” singer in 2019. He kicks off the Garth Brooks Stadium Tour again on February 22 at Ford Field in Detroit, Michigan.

Congrats to Garth on this awesome achievement!

Watch Brooks perform “Friends In Low Places” during his Neyland Stadium show over the weekend.