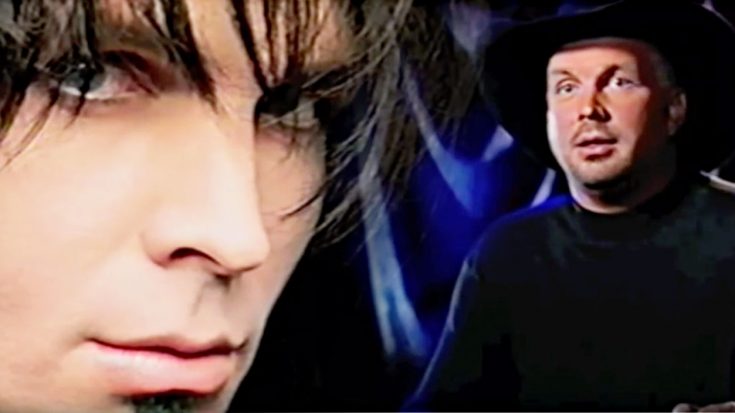 Having killed off this alter ego nearly two decades ago, he surfaced in one of the most unexpected places for a song that fans apparently can’t get enough of.

Garth Brooks crafted an absurdly-detailed backstory with supporting films, music, and photo shoots for something he refers to now as “The Chris Gaines Project.” In 1999, Brooks was at the height of success and his recent album had sold more than 10 million copies worldwide – yet he decided to embark on a head-scratching new adventure.

Anyone else remember when Garth Brooks created an emo alter-ego named Chris Gaines as a way to explore other music genres? pic.twitter.com/FXvyeTvXvN

He released a pop-rock sounding album under the name Chris Gaines and used all of the films, music, and photo shoots to create a whole persona that was a wildly-different character than who Garth really is. The whole plan was to release an album prior to a full-length movie – that all ended up happening, but the intense hype didn’t do much for album sales.

Some fans still remember the days of Chris Gaines – who was eliminated by the year 2000, almost never to be heard from again – until now.

Taking to his live stream on social media, Brooks answers one fan’s request for a song that he hasn’t sung in a long, long time. From the era of Chris Gaines, the fan asked him to sing “It Don’t Matter to the Sun.” In the documentary about Gaines’ fictional life, it is said that this song was one his mother used to sing for him.

Watch Garth Brooks bring back a Chris Gaines favorite in this new video below. (Starts at the 11:35 mark.)

We've got A LOT of catching up to do! #StudioG love, g