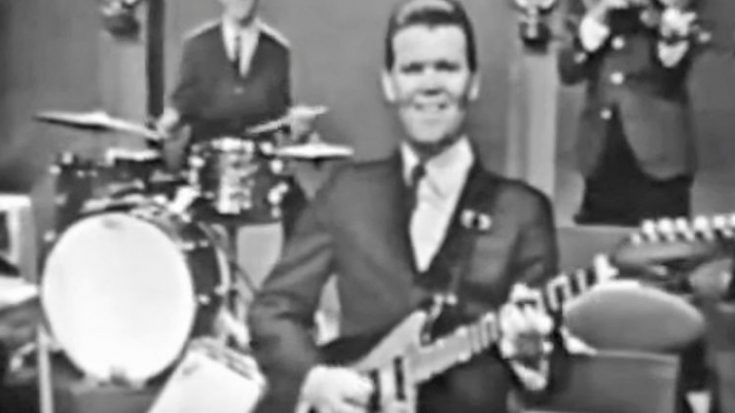 After a six-year long battle with Alzheimer’s disease, Glen Campbell passed away at age 81 early morning on August 8. While the legendary country singer may be gone, fans can find solace in the music he left behind.

Early on in his career, a 26-year-old Campbell appeared on the television show Star Route, playing guitar for the episode’s featured performer, George Morgan. A fresh-faced Campbell is seen tearing it up on the guitar to the tune of Willie Nelson‘s “My Window Faces the South,” proving that his talent was one that comes along but once in a generation.

Campbell moved to Los Angeles, California in pursuit of a career in music. Prior to landing a recording contract of his own, the talented artist played music on recordings of the greats including Elvis Presley, Merle Haggard, Nancy Sinatra, and many more.

After befriending Presley while working with him on his 1964 album Viva Las Vegas, Campbell’s career began to pick up speed, landing his first Top 20 hit on country radio with “Burning Bridges” in 1967,

You can watch his guitar jam below.