For The First Time Ever, Priscilla Presley Shares The Ultimatum Elvis’ Manager Gave Them 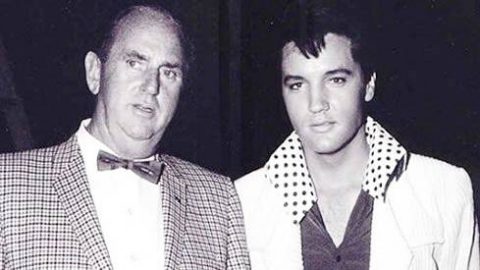 There are always stories about Elvis Presley’s life that aren’t in the public. During his 85th birthday celebration, his former wife, Priscilla, revealed something she has never said to the public before.

At the celebration, there were many events which included the annual Elvis Birthday Proclamation Ceremony, The Auction at Graceland, Elvis Birthday Bash and Evening Tour, a live concert, and much more.

One of the events was a Q&A session that Priscilla participated in. During the 30+ minute chat, Priscilla revealed something she says she has never told the public before. Priscilla said she and Elvis received an ultimatum from his manager, Colonel Tom Parker, in the form of a telegram.

As many know, the lovebirds met when Elvis was stationed in Europe. He was already a household name at this point and once he returned to the States, he was going to continue being a superstar singer and heartthrob.

“I have a telegram that he gave me, I’ve never shared this before really,” Priscilla said. “When he left [Germany], [the telegram detailed] what he was up against with Colonel Parker if he was dating anyone.”

She continued, “[It] warned Elvis that if he has a girlfriend that fans will not be there for him, basically.”

Elvis showed it to Priscilla and said, “This is what I’m up against.”

Priscilla continued, “He couldn’t really have a girlfriend because [for] fans…he’d be taken.”

She assumed that meant they’d have to break up, but that isn’t was really happened.

They famously stayed in touch after his return to the United States and in 1963, she moved to Graceland to be with him. They married on May 1, 1967, after Priscilla turned 21. She said she has held on to that telegraph after all these years and may someday include it in a book.

Watch her full Q&A below.