Flashback To 1989: Kenny Rogers Fakes Out Michael Jordan On The Court 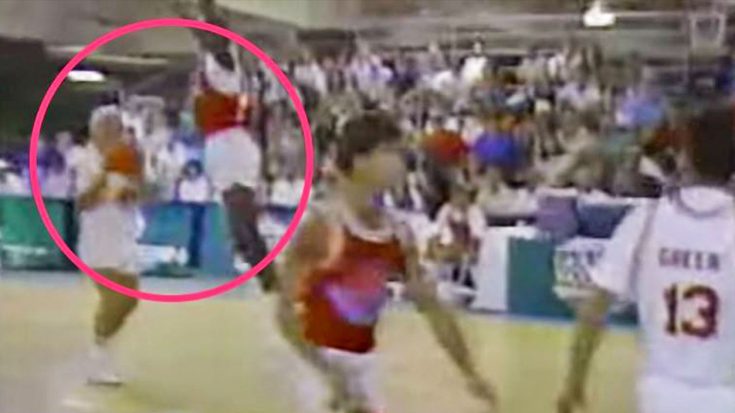 Throwin’ it back to the late 80s when Michael Jordan dominated the court and Kenny Rogers ruled the charts. Didn’t realize Kenny had skills out of the studio? Well, you’re in for a treat.

It was a beautiful weekend in ’88 when in a sporadic series of events, country music icon Kenny Rogers and basketball legend Michael Jordan somehow ended up rivals on the court – all in good fun, of course.

Rogers put on a three-day fundraising festival held at his estate, the Beaver Dam Farm near Athens, Georgia. With features from several musical artists, celebrities, and athletes it was the ultimate weekend for competition and philanthropy combined. While the teams were divided, some of the stars included Kris Kristofferson, Raymond Floyd, Kevin Curren, and many more.

Not to mention – these celebs were not messing around. Before the festivities even begun, the comedic trash-talking spread across the fields like wildfire. Kenny and his fellow stars were in for a rowdy weekend!

A Legendary Fake Out

Sports included fishing, golf, and tennis, but the real action went down when Mr. Rogers stepped foot on the same court as “His Airness.”

It was your classic game with Rogers on team white and Jordan balling for team red. You might be thinking, well that’s a lost cause right there but turns out – Rogers has some skills under that beard of his. Within minutes of the game, Rogers pulls a fake on the NBA champ, throwing him off. Directly after, the country legend shoots and SCORES! A clean shot, we must add.

With no surprise, Jordan redeemed himself and came back faster than ever after being tricked by his buddy.

Nonetheless, the turn out was incredible and Kenny’s Classic Weekend raised the money they hoped for.

Check out the full clip of Kenny Rogers balling out on the court below.