Flashback To 1985: George Strait Is King Of The Charts With ‘Does Fort Worth Ever Cross Your Mind’ 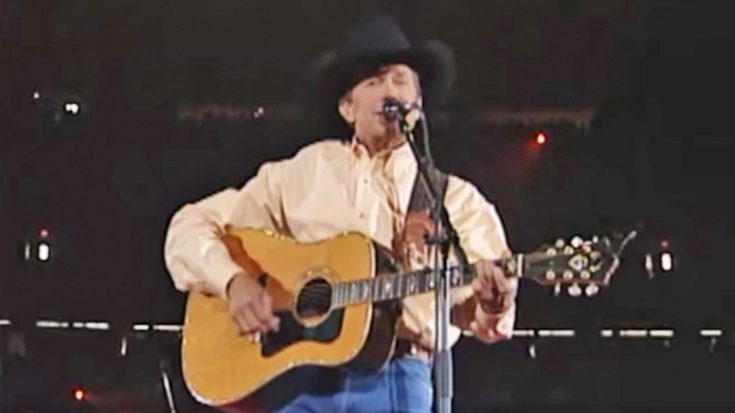 The Building Bricks Of A Legacy

George Strait was still in the beginning of his career in 1984, but by that point he already had three number one singles. By the start of 1985 Strait had three more number ones to his name, when all  of his singles from 1984 claimed the top spot on the charts.

One of those singles, “Does Fort Worth Ever Cross Your Mind” hit the number one spot on January 5, 1985, after a four month climb up the charts.

The song served as the first single and title track for Strait’s album of the same name.

The Story Within & Behind The Hit

The song was written by Sanger and Darlene Shafer, and tells the story of a man who fondly remembers a former love. Even though his lover has moved on with another guy in Dallas, he still wonders if him and Fort Worth ever cross her mind.

When George Strait said “Darlin’, while you’re busy burnin’ bridges, burn one for me if you get time, cause good memories don’t fade so easy. Does Fort Worth ever cross your mind?” I really felt that.

Due to the success of the single and the ones that followed, Strait later went on to win both the CMA and ACM Awards for Album of The Year for Does Fort Worth Ever Cross Your Mind.

33 Years Ago: George Strait’s ‘Does Fort Worth Ever Cross Your Mind’ Hits No. 1#GeorgeStrait #FortWorth https://t.co/7oUw0kck7L pic.twitter.com/Y0mhmizYZ1

Many other artists have performed their own covers of the song, including LeAnn Rimes and Keith Whitley even recorded a version of the song and released it as a non-album track.

You can watch Strait perform his hit single “Does Fort Worth Ever Cross Your Mind” in the video below.

If anything, this performance and this song make it clear why Strait is regarded as the “King of Country” today.