Father & Daughter Sing Duet Of ‘When You Say Nothing At All’ 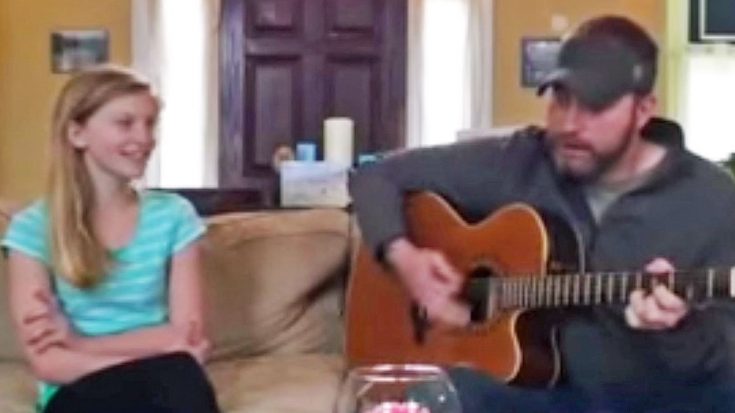 There’s many reasons why “When You Say Nothing At All” is considered as one of the greatest country love songs of all time. One being that the lyrics are simple and sweet, as the narrator proclaims how strong his/her love is for their significant other.

So strong in fact, that they don’t even have to say anything to know how they feel about each other.

Another huge factor that made “When You Say Nothing At All” one of the most beloved country songs of all time was the artists who recorded it.

Keith Whitley sang his way into our hearts with his original version in 1988, and Alison Krauss made us fall in love all over again when she released her rendition in 1995.

Sadly, since Whitley passed away in 1989 he never got the chance to sing his iconic song with Krauss as a duet.

But Mike Cromwell, the production director at WMIL-FM in Milwaukee, Wisconsin, put together their two versions to create a virtual duet, which was a work of art.

Another beautiful duet version of “When You Say Nothing At All” was performed by a father/daughter duo. Scott McMillen sat down on the living room sofa with his 10-year-old daughter Delaney and started playing the country classic on his acoustic guitar.

Then, Scott came in and started singing the first verse, and we were blown away by the richness of his voice.

But it was when Delaney came in that we were left speechless. Her angelic voice floated like a feather as she harmonized with her father on the chorus. Then Delaney took over on her own in the second verse, and when she did her voice actually reminded us a lot of Krauss.

Nothing warms our hearts more than seeing parents and children who share a deep love for country music. It’s clear that Scott and Delaney share that love.

This duet is one of the sweetest things we’ve ever seen, and we’re happy to share it with you. Check it out in the video below.