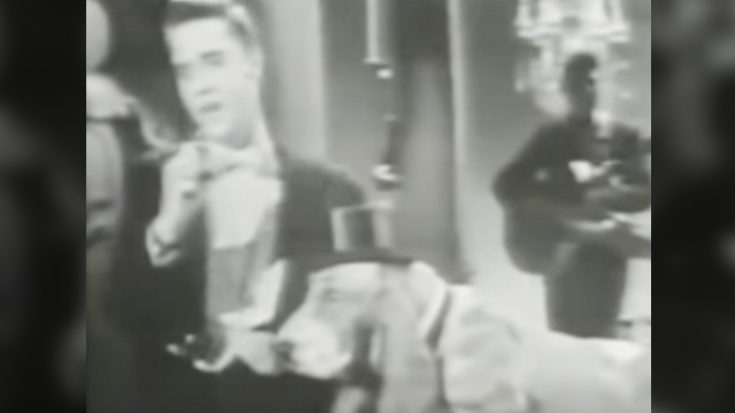 Known for his charisma, swinging hips, and luscious lips, there was one moment in his career which he referred to as one of the most embarrassing.

It was in 1956, and Elvis Presley was just beginning on his journey to superstardom and legendary fame. His first single, “Heartbreak Hotel” was released in January of that year and went on to become a No. 1 hit in the U.S.

He would also make his film debut in November of that same year through Love Me Tender, but there was one moment that stuck out as a sort-of sore thumb for The King.

Set up by the host, Steve Allen, Presley made an appearance on NBC’s The Steve Allen Show, but was showing a different side…he was wearing a top hat, bow tie, with a black tailcoat.

It was apparently part of Allen’s way of introducing “a new Elvis”, as he was no fan of rock and roll. According to a TV historian, the host thought Presley was “talentless and absurd”, so he set things up for the singer to show some regret.

After dressing Presley in the off-the-wall outfit, he made him sing “Hound Dog” to a basset hound for less than a minute on stage.

1956 – Elvis Presley made an appearance on "The Steve Allen Show." He was told not to dance and Allen had him sing "Hound Dog," to a real basset hound wearing tails. pic.twitter.com/jP17IYlDHE

The whole idea didn’t quite have the effect that Allen was hoping for, though. Rolling Stone named the tune one of the 500 Greatest Songs of All Time and the single hit No. 1 that same year.

Of the performance, Elvis said, “It was the most ridiculous appearance I ever did and I regret ever doing it.”

Catch the full performance in the video below and let us know what you think in the comments!