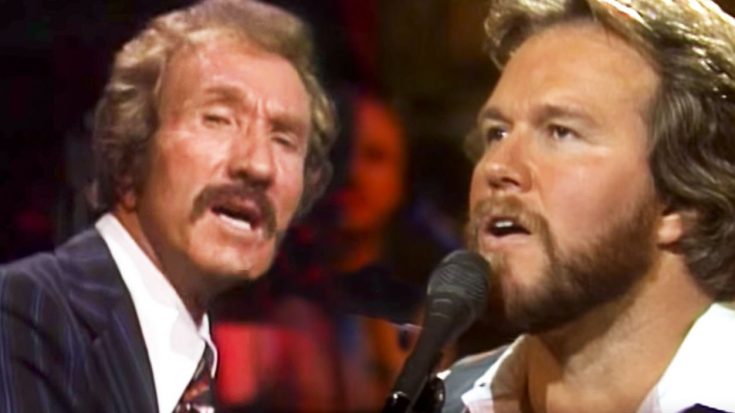 This treasured country legend and famed NASCAR driver was honored by his son in a truly memorable tribute performance of his signature hit, “El Paso.”

Taking the stage in an episode of Country’s Family Reunion, Marty Robbins‘ talented son proudly performed this timeless classic for a group of some of the biggest names in country music and fans all across the nation.

As he begins to sing “El Paso” with all of his heart, you can tell he is Marty’s son just by the sound of his voice! These two impressive country singers shared a love of singing and it’s clear that he inherited his father’s musical genes!

Originally released in 1959, Robbins’ signature country western ballad told the story of a cowboy who lived in El Paso and fell in love with a young Mexican woman. Midway through the song, it changes to speaking in the present tense and dreaming of returning to his beloved El Paso.

Watch this unforgettable performance by Marty’s son, Ronny Robbins, in the video below and let us know if you think they sound alike!