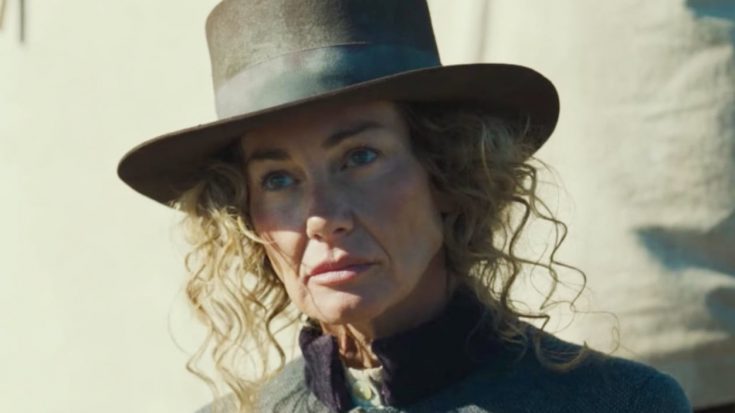 1883 fans are anxious to see what will happen to their favorite characters following the events of Episode Nine. They’ll hopefully get some answers when the series’ tenth episode is released on Sunday (February 27).

Episode Ten will also serve as the finale of 1883…for now. It was announced that Paramount+ has ordered more episodes of the series, but that’s all we know at the moment.

Ever since Episode Nine was released, the cast has been teasing the events of the upcoming finale. LaMonica Garrett, who plays Thomas, hyped up the finale by saying “Hope y’all are ready,” in a post on Instagram.

Faith Hill, who plays Margaret Dutton, spoke with TV Guide about the finale. Based on what she had to say, it sounds like it’s going to be another emotional episode.

“Hug your loved ones, and make sure you have a lot of Kleenex and a bucket of ice cream and you’re wrapped in a blanket,” she said.

Hill went on to describe the script for the finale, saying it’s “one of the best things” she’s ever read:

“My reaction was, ‘My God. This is one of the best things I’ve ever read in my life,'” she said. “Isabel May (the actress who plays Elsa Dutton), I mean this is going to change her life…I felt like we were gifted with something pretty extraordinary, to be honest.”

Hill, who stars in 1883 alongside her husband Tim McGraw, said the two of them were calling show creator Taylor Sheridan “every 10 minutes” to get their hands on the scripts for the last two episodes. They finally got those scripts, but had trouble finishing them because of how much they were crying.

Based on what Hill had to say, it sounds like the 1883 finale is going to do a number on viewers’ emotions. We’ll take her advice and have a box of tissues nearby and our favorite ice cream in hand before we press “play.”

Check out the video below for a preview of the events that unfolded in Episode Nine. It was a devastating episode, so we’re dreading what the finale has in store.