Faith Hill Says Lack Of Grooming For ‘1883’ Grossed Her Out 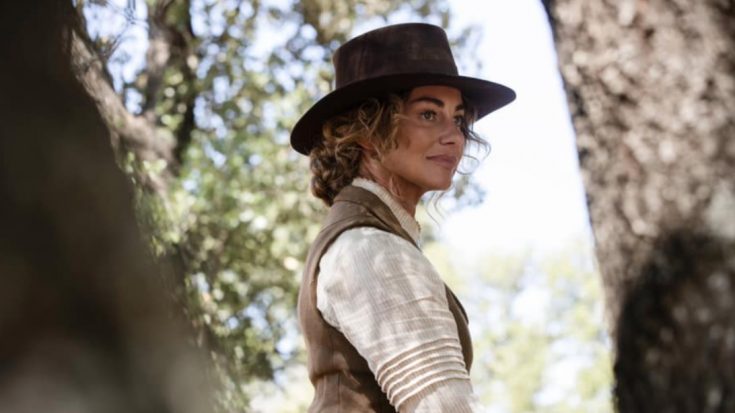 Faith Hill opened up recently about the lengths she went to in order to make her role in the Paramount+ series 1883 authentic. One of the sacrifices she made was letting go of some of her self-care routine.

In a recent episode of Variety’s “Actor’s on Actor’s,” the country singer told Friends star Courtney Cox that the role of Margaret Dutton, matriarch of Yellowstone‘s Dutton family, required her to grow out her armpit air. Hill wasn’t aware that she would have to make such a sacrifice to make the character authentic to the 19th century time period when she took the role, and learned of the requirement when the show’s creator, Taylor Sheridan, called her husband-turned-co-star Tim McGraw while the couple was at a wedding.

“Surely they have something they can tape on, right?” Faith asked. But, instead, Faith stopped shaving her armpits a few months before filming started.

“All due respect to those who love that, and all that freedom, woo!” Hill said. “But for me, personally, I just don’t like it.”

Cox said that she couldn’t have taken the role because she’s had laser hair removal on her armpits, something Hill hasn’t done, but is now considering.

“I don’t laser, but I may now, so I never have to do that again. It really grossed me out, I have to say,” Hill said.

While there were aspects of preparing for her 1883 role that were tough for Hill, she told The Hollywood Reporter that she was amazed at the work the team put in to make the show truly authentic.

“Everything was ingeniously designed,” Faith said. “It was difficult for the men to wear, and really difficult for the women to wear because we had corsets…and they were real corsets. I don’t know how they did it back then. The entire series was very physical, but it allowed us to become these people of 1883. The way we were trained, the saddles, the reins, everything that you saw on the wagons, on the horses…Everything was period-appropriate. To bring this world to life, that was critical, absolutely necessary, and everyone involved did such an amazing job.”

Watch Faith Hill’s full interview with Courtney Cox in the video below.