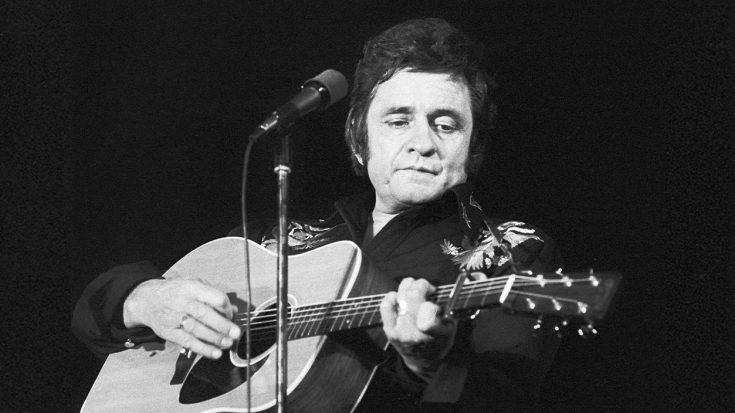 Most of us at some point have seen a cloud or a rock formation in the shape of something familiar, but have you ever thought you’d see the face of Johnny Cash in a frozen waterfall?

A photo that has been circulating the internet shows a waterfall in Sligo, Ireland. The likeness is so uncanny that it was even discussed on the local radio show.

Fitting that Cash’s face would appear like this in Ireland since the country always had a special place in his heart. In fact, his song “40 Shades of Green” was written following a trip Cash made to Ireland in the 1950s.

In a documentary by RTE – Ireland’s National Public Service Media, his son John Carter Cash talks about how his father was inspired while visiting,

“He got there, he saw how beautiful it was, he saw the history that was right there to be seen and he was connected, of course, by blood, my father has Irish blood, but by heart and by the love for a beautiful, beautiful place and a fine, kind people.”

The documentary also features archive footage of Cash from 1990 talking about the inspiration behind “40 Shades of Green,”

“I was in a car with a road map of Ireland in my lap rhyming the names, the names in Ireland just beg to be sung anyway. To get the title, I guess I just looked out the window and there they were, the 40 Shades of Green.”

Watch a clip of the documentary below.