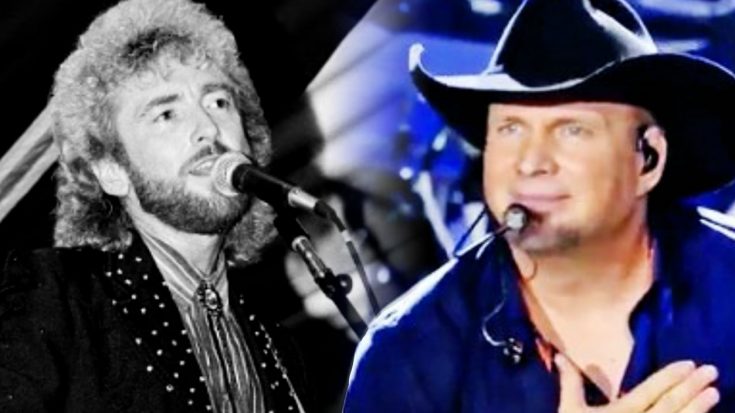 On May 9, 1989, country music lost one of its brightest stars when Keith Whitley passed away. He was only 33 years old.

At the time of his passing, Whitley was well on his way to becoming the biggest thing in country music at the time. He already had several hits to his name, with his first chart-topper being “Don’t Close Your Eyes.”

“Don’t Close Your Eyes” ranked as Billboard‘s #1 country single for the entire year of 1988. Whitley passed away just a little over a year after its release, meaning he never got the chance to perform it that often before we lost him.

But other artists have picked up where he left off.

A Family Tradition Of Singing This Song

Today, “Don’t Close Your Eyes” is one of Whitley’s most frequently covered tracks. It is beloved by a young artist named Allie Colleen, who cites it as her all-time favorite song.

In case you didn’t know, Colleen is actually the youngest daughter of one of country music’s biggest stars…Garth Brooks.

Like his daughter, Brooks has a deep appreciation of Whitley and his music. So it came as no surprise when the superstar was revealed as one of the scheduled performers at the Whitley tribute concert that took place on the 30th anniversary of his passing.

The concert, which was hosted at the CMA Theater at the Country Music Hall of Fame, boasted an impressive lineup. In addition to Brooks, other performers included Joe Diffie, Tracy Lawrence, and Trisha Yearwood.

When it came time for Brooks to take the stage, he sang the song that his daughter has always called her favorite…”Don’t Close Your Eyes.”

An Emotional Moment For All

It’s a song that you’ve likely heard Brooks sing in the past. During the 2016 CMA Awards, he and Yearwood got on stage to sing a medley of country classics.

Emotions were running high when Brooks sang “Don’t Close Your Eyes” back then, and they were surely running high when he sang it again for the tribute concert. The only footage that has surfaced of his performance shows him from the back, yet you can still tell how powerful the moment was.

Surely there wasn’t a dry eye to be found in the crowd by the time Brooks was through. You can watch his tearjerking performance below.

This proves that even after all this time, Whitley is still making an impact on country music and the artists that sing it. He will never be forgotten.