Vince Gill Apologizes To Mom In 2019 Song, “A Letter To My Mama” 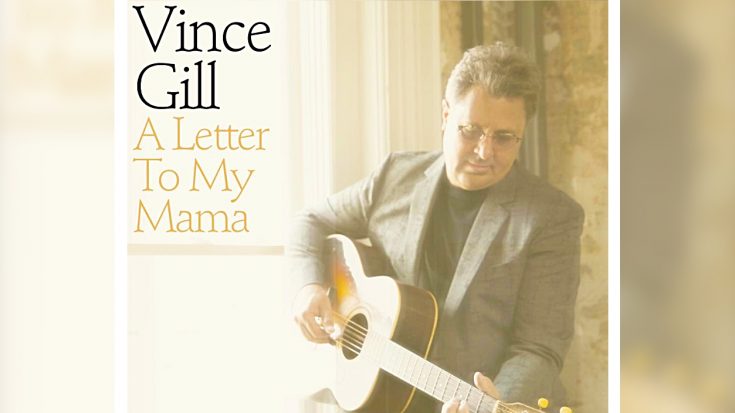 Mothers are a true gift from God…their strength, their patience, and their love seem truly endless. From the home-cooked meals to the random phone calls, we sometimes forget just how incredible our supermoms are. But even through the busyness of life, they never forget just how special we are. Country icon, Vince Gill tells that story in his 2019 song, “A Letter To My Mama.”

Listen to Vince’s new song “A Letter to My Mama” from his upcoming album Okie, available August 23. Link in bio.

A Letter To My Mama

Just in time for Mother’s Day, Gill released a special song that will bring any mama to tears. Titled “A Letter To My Mama,” the soft ballad tells a heartwarming story written from a loving child’s perspective of asking for forgiveness.

“I’m sorry I was selfish. Let’s chalk it up to youth. I got too old to need you, that’s just running from the truth. I’m sorry things didn’t work out for you and my old man. Sometimes life don’t turn out like you plan.”

While it portrays a heartbreak from Gill, throughout the rest of the ballad he proves just how thankful he is for his mom. At 62 years old, Gill admits he can never pay her back for all she’s done but she has made him the man he is today. The emotional and vulnerable tune reflected beautifully through Gill’s soft vocals.

Check out Vince on the cover of @americansongwritermagazine

“A Letter To My Mama” is the first song released off Gill’s upcoming album, Okie. The album is set to be released August 23rd and the singer wrote or co-wrote all 12 of the LP’s tracks. In a statement, Gill explained that it began as a songwriter’s record but eventually evolved into a concept album.

“It wound up being more information than I’d envisioned,” Gill said. “A friend sent me an email saying, ‘You could have only written this record after living a 60-year-plus life.’ He said, ‘There’s no struggle in these songs, just truth and your experience.'”

You can download “A Letter To My Mama” here.

Take a listen below.