Even On Deathbed, Don Knotts Had Family In “Fits Of Laughter” 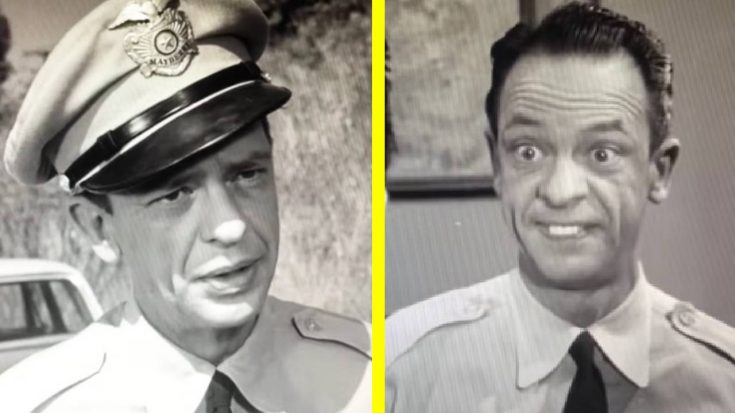 Shortly after his death Andy Griffith Show co-stars Andy Griffith and Ron Howard, Joyce DeWitt of Three’s Company, Jim Nabors, and Knotts’ daughter, Karen, went on Larry King Live to reminisce about some of their favorite memories with the actor.

In the interview, we learned that Griffith was actually with Knotts during some of his final hours.

Griffith revealed that his pal had passed away around 11 o’clock at night and said, “I was with him until 6:00 or 6:30 I guess and he couldn’t respond but I did. I was able to tell him I loved him and I asked him to ‘Breathe, breathe, keep breathing Jess. His name was Jesse and he never liked that name but he let me know it one time and I always called him Jess.”

In the interview, Karen told King that her father kept everyone laughing until the very end, but didn’t say how. That is, not until she did a 2018 interview with Closer Weekly.

When Knotts was in the hospital, he did not want people to be sad, so he did what he did best – made everyone laugh. Karen revealed in the interview that he once made her laugh so hard, she had to leave the hospital room.

“He had this funniness that was just completely, insanely natural. When he was dying, he was making us laugh in hysterics. He was literally dying, but he did something or said something that caused my stepmother and I to go into fits of laughter, which is why I ran out.” She said, “I thought to myself, ‘I don’t want to be standing there in front of this man, my dearly beloved father, who’s dying, and laughing.’”

Years later, she realized that that’s what her father wanted.

She recalled, “I was telling this story to Howard Storm, who’s a director, and he said, ‘You should have stayed and laughed out loud. That’s what comedians live for!’ He was right; I should have just stood there and blasted out laughing.”

Karen later called her dad’s comedic ability “an out-of-control natural funniness.” And we’d have to agree!

Watch some of Don Knotts’ funniest moments in the video below.