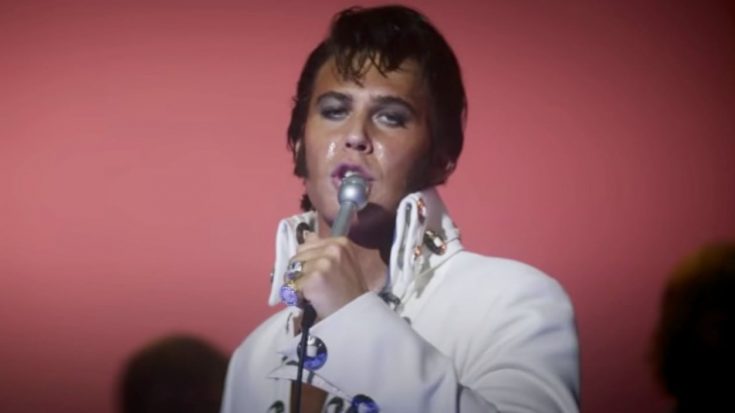 The film stars Austin Butler as Elvis Presley. Butler is known for his previous roles in projects such as Once Upon a Time in… Hollywood and The Dead Don’t Die.

Butler’s performance has received lots of praise from members of the Presley family. Elvis’ daughter, Lisa Marie, believes his performance is Oscar-worthy:

“Austin Butler channeled and embodied my father’s heart and soul beautifully,” Lisa Marie said in a post on Instagram. “In my humble opinion, his performance is unprecedented and FINALLY done accurately and respectfully. (If he doesn’t get an Oscar for this, I will eat my own foot, haha.)“

It sounds like Butler truly devoted himself to portraying Elvis. Luhrmann spoke with GQ about Butler’s commitment to the role. He said Butler consistently spoke in Elvis’ Southern accent, leaving Luhrmann confused as to how his real voice actually sounds:

“I asked one of my assistants [about Butler’s accent], and the guy said, ‘Well, he’s not Southern. He’s from Anaheim,'” Luhrmann recalled. “I don’t think, until recently, I actually came to understand how Austin actually sounded.”

Butler also spoke with GQ. He said his “body just started shutting down” as soon as filming ended:

“The next day [after filming ended] I woke up at four in the morning with excruciating pain, and I was rushed to the hospital,” Butler explained. He said he was diagnosed with a virus that mimics appendicitis, and had to spend a week in bed.

On top of the physical pain, Butler said it took some time for him to reconnect with himself after diving so deep into Elvis’ world. “You can lose touch with who you actually are. And I definitely had that when I finished ‘Elvis’—not knowing who I was,” he said.

You can see Butler in action as Elvis by watching one of the movie’s trailers below. We can’t wait to see how his performance turns out in the film!