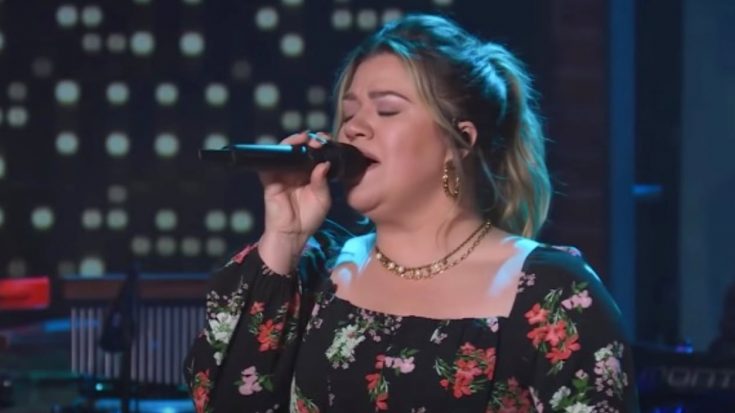 Kelly Clarkson loves country music. That fact is made clear to anyone who regularly tunes in to watch her talk show, The Kelly Clarkson Show.

Clarkson performs some of her all-time favorite country songs during the “Kellyoke” segment of her show. She sings a mix of modern hits and timeless favorites.

On a prior episode, Clarkson shared her rendition of Ronnie Milsap‘s “I Wouldn’t Have Missed It for the World.” The song is one of Milsap’s many #1 hits, and was released in 1981.

Milsap is apparently a favorite artist of Clarkson’s, because not long after she sang “I Wouldn’t Have Missed It for the World,” she covered another one of his songs.

In 2010, “Smoky Mountain Rain” was named the eighth state song for the state of Tennessee.

“Absolutely beautiful! There is nothing that Kelly can’t sing and sound beautiful,” wrote one person on YouTube.

Another commenter said, “i continue to be reminded of her out of this world talent. i could listen for hours.”

“This was beautiful, as per usual. It’s insane how perfect her vocals are, still,” someone else wrote.

You can watch Clarkson sing “Smoky Mountain Rain” in the video below. We’d love to hear her sing another one of Milsap’s songs!