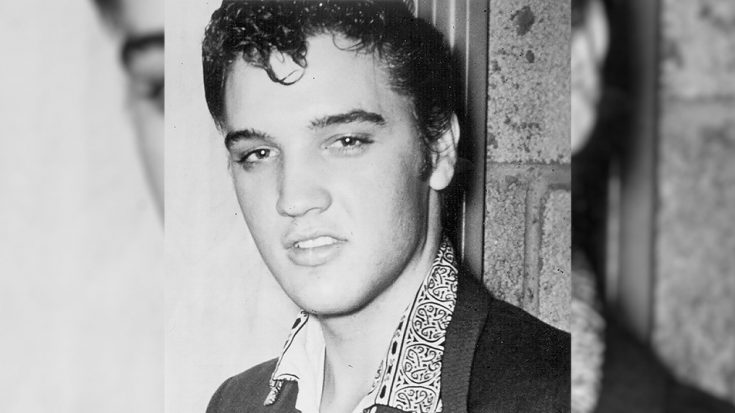 In 1953, 18-year-old Elvis Presley attended his senior prom at the Peabody Hotel in Memphis Tennessee. For most people, teenage years can be awkward and Elvis was no exception and unfortunately for him, prom was especially awkward.

His date for the evening was the girl he had been courting for over a year – a 14-year-old named Regis Wilson. For the special occasion, Presley chose to wear a dark blue suit with matching blue suede shoes. He even rented a dark blue Chevy so he and Wilson could arrive in style. All was perfect and well until they were ushered inside where couples were already on the dance floor. Wilson was looking forward to dancing but the night went differently than she expected.

In the book, Baby, Let’s Play House: Elvis Presley and the Women Who Loved Him, Wilson recalled how the evening went. Instead of dancing, Presley guided Wilson to a chair and offered her a soda. The two simply sat there talking and drinking sodas while watching their peers dance

Eventually, Presley apologized, “I can’t dance,” he said shyly. Wilson took it that he didn’t dance because he was so religious and sweetly replied, “That’s all right.” And so they sat out the entire night, talking and drinking soda while watching the other couples on the dance floor.

To make matters worse, some of their friends agreed to meet up later at Leonard’s Barbecue. The singer and his prom date drove out to the restaurant and waited. But none of their friends ever showed up. Feeling embarrassed by the turn of events, Presley took Wilson home.

Fortunately for Presley, he eventually recovered from the terrible evening and as we all know, learned how to dance.

Watch the video below for a compilation of some of the King’s legendary dance moves.