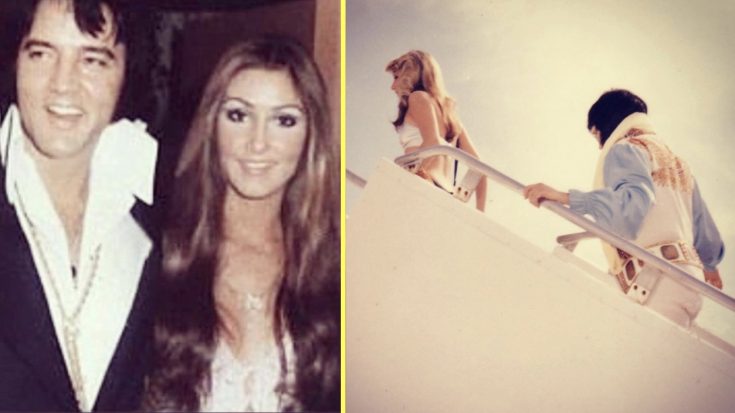 After Elvis Presley filed for divorced from his wife Priscilla on January 8, 1973, it didn’t take him long to find new love. Linda Thompson, the recently crowned Miss Tennessee, was swept off her feet by Presley in the 1970s.

Their relationship is sometimes overlooked because of her two famous marriages to Bruce (now Caitlyn) Jenner and musician David Foster. Thompson does call Presley her first love and even wrote about him in a tell-all memoir titled A Little Thing Called Life: From Elvis’s Graceland to Bruce Jenner’s Caitlyn & Songs In Between.

You see, besides being a pageant queen, Thompson became quite the songwriter and lyricist, having a hand in penning Kenny Rogers’ “Our Perfect Song,” Celine Dion’s “Miracle,” “Drowning” by the Backstreet Boys, and “To Where You Are” by Josh Groban – to name a few.

Her most famous work came when she and second husband Foster teamed up to write several songs for the screen together including “No Explanation” for the movie Pretty Woman, “I Have Nothing” for the Whitney Houston film The Bodyguard, which earned them an Academy Award and Grammy Award nods. They also wrote “Grown Up Christmas List” together.

While Thompson has done several interviews about her years with Presley, she rarely shares photos of him, and when she does, she usually posts photos that we have seen before.

Remembering a true original today. It’s been 41 years since the tragic loss of an icon, legend & innovator. There will forever only be one Elvis. I like to remember him smiling, loving & happy. ???

But this time, she shared one that we haven’t seen anywhere before!

“Fabulous Flashback Friday – one of the hundreds of times boarding the Lisa Marie,” she captioned the photo of her and her love of four years boarding his private plane that he named after his daughter.

Fabulous Flashback Friday- one of the hundreds of times boarding the Lisa Marie – “When all are one and one is all To be a rock and not to roll And she's buying the stairway to heaven” ??

Even though the photo doesn’t show his face, it’s one more image of The King that we never knew existed, making it that much more significant. Thank you for sharing this, Linda.

Watch Presley’s right hand man, Joe Esposito, speak about their relationship in the clip below.

Joe Esposito was Elvis’s right hand man, road manager, & dear friend for decades. Seeing & hearing this means the world to me. I’m so grateful to be remembered so kindly…Thank you @elvis_and_linda_gram for posting…RIP Joe & E ???