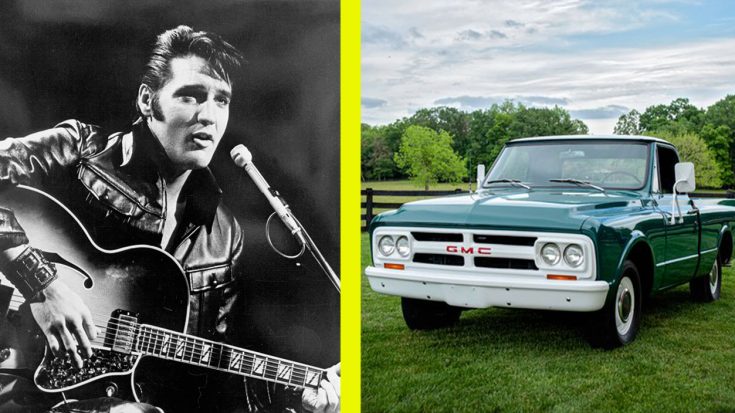 Everyone loves owning a piece of history and one person is soon going to own one of Elvis Presley’s former vehicles.

Up for auction is the King’s green 1967 GMC pickup truck. This happens to be one of three that Elvis purchased from Guy Caldwell Motors in Senatobia, Mississippi, on February 7, 1967. He bought a red one, a blue one, and this green one for use on his Circle G Ranch in Horn Lake, Mississippi.

While the truck changed hands a couple times over the years it was most recently purchased by a family in 1986 for use in an Elvis Presley Museum. The truck has been on display in Niagara Falls, Canada, Virginia Beach, VA, Myrtle Beach, SC, Gatlinburg, TN and Pigeon Forge, TN.

About four years ago the family transported the pickup from the Pigeon Forge Museum down to Georgia and began restoring the truck. This truck is a truly rare piece of Elvis Presley history. Since Elvis was more known for driving a Cadillac or Lincoln, this makes a pickup truck owned by him especially rare and unique.

The dashboard of this truck has even been signed by Jay Leno and Blake Shelton on an episode of Jay Leno’s Garage.

Check out a video of the episode below.