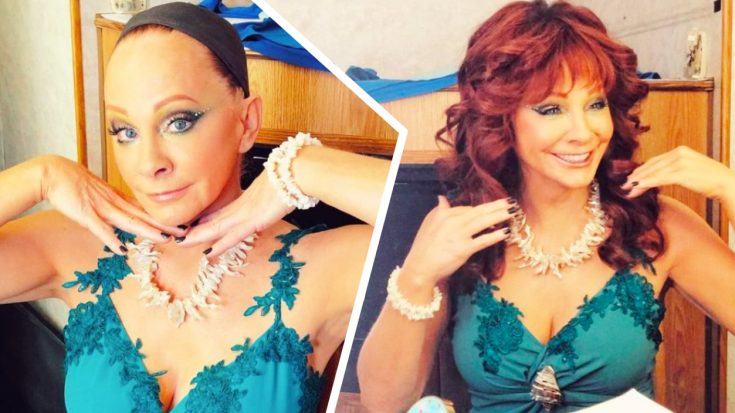 On February 12, the new comedy film Barb and Star Go to Vista Del Mar was released on various streaming services. The film follows two best friends who leave their hometown for the first time to travel to the fictional city of Vista Del Mar, Florida.

Hijinks ensue when the two friends find themselves tangled up in a villain’s plan.

The day the movie was released, country superstar Reba McEntire told her fans to keep an eye out for a “familiar face.” Fans started freaking out, wondering if McEntire was teasing the fact that she has a role in the film.

There is life out there, and @BarbAndStar are about to find it! #TakeTheTrip to Vista Del Mar with them (and another familiar face) everywhere you rent movies now! #BarbAndStar pic.twitter.com/CO7GiYX0xh

It turns out that’s exactly what she was doing! McEntire plays a character named Trish in the movie, who is a sea spirit that the two main characters are obsessed with.

McEntire kept her involvement in the film tightly under wraps so viewers would be surprised when they saw her as Trish. “I’m not advertised as being in the movie, it’s been this secret,” McEntire told USA Today.

While McEntire did tell some of her closest friends to look out for her in the film, she didn’t say who she played. But once her friends saw the movie, they said they had a feeling all along that she was Trish.

“But afterward my friends were texting me saying, ‘I knew you were going to be Trish.’ That was icing on the cake for me,” McEntire said.

McEntire recalls being “excited” to be cast in the project. She was especially looking forward to seeing what her costume would look like.

That costume ended up being a gorgeous, sequined gown and a large shell necklace. McEntire also got all dolled up in sparkly makeup and a dark red wig.

USA Today reports that CGI was used to add even more shimmer to McEntire’s dress.

Now that Barb and Star has been out for about a week, McEntire wanted to share a behind-the-scenes look at how she got ready for the film. She shared a slideshow of photos that shows her getting her makeup done and putting on her wig to transform into Trish.

“A little behind the scenes of becoming Trish!” McEntire captioned the photos, which you can see below.

Have any of y’all watched Barb and Star already? Were you surprised when McEntire popped up in the movie?