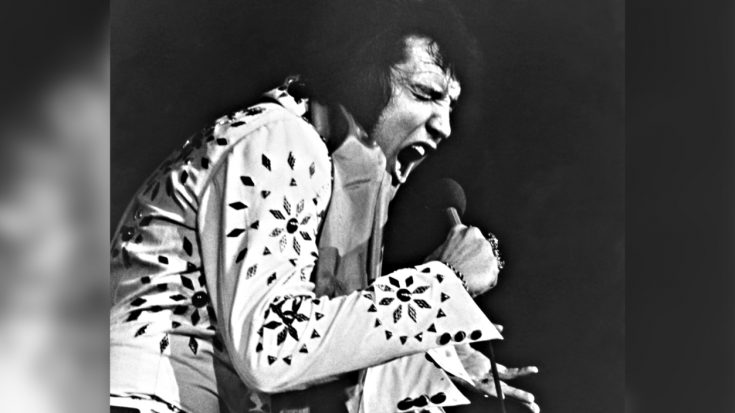 On Feb. 4, 1976, Elvis Presley recorded what would soon become his final number one song, “Moody Blue.”

It was written by Mark James, a songwriter who also penned Presley’s song, “Suspicious Minds.”

Early in 1976, Presley recorded the song from the Jungle Room in his Graceland home. The song was released from the album of the same name, Moody Blue, as an experimental track.

Following a string of many number one hit songs throughout his career, “Moody Blue” became Presley’s final number one of his life. Before his untimely passing, the song topped the Billboard Hot Country Singles chart in early 1977, while also peaking at number 31 on the Hot 100 chart.

“Moody Blue” was only performed one time the whole way through. On February 21, 1977, Presley sang his chart-topper during a show in Charlotte, NC. The day before the show, Presley tried to perform the song but immediately forgot the words and was unable to sing it.

In public, I like real conservative clothes, something that's not too flashy. But on stage, I like 'em as flashy as you can get 'em.#ElvisPresley pic.twitter.com/A6J2pw0GRS

In the video below, Presley performs “Moody Blue” for the first and last time. Before he begins the song, he told the crowd, “I’d like to try to do my latest record, I tried it last night but I didn’t make it. I don’t know the words to it so I have to read it. If I goof it up, just please forgive us.”

Unfortunately, Presley passed six months after the song topped the charts. Watch the video below to hear Presley’s one live performance of “Moody Blue.”