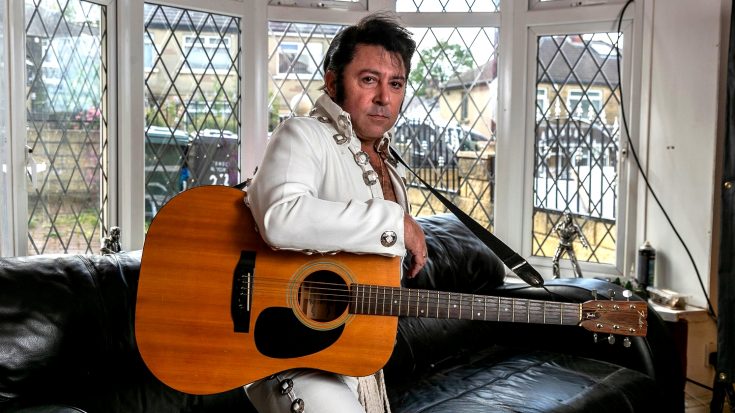 Never once, he says, did the neighbors stop by and ask him to quiet down or quit singing. Instead, they filed a complaint with the court and he’s now facing an order to pay more than £9,500 ($11,484).

45-year-old UK Elvis impersonator Dean Holland has been doing his tribute act for over a decade and has rehearsed in his home – along with uploading videos for his fans to see on social media.

Now, officials have taken valuables from his home he shares with his girlfriend and fined him an additional £9,500 after he breached the initial noise abatement order by performing live on Facebook for fans in the United States.

“I just don’t think they like Elvis,” Dean told The Sun.“But they’ve never let me know they had a problem with what I do.

“The first I knew about it was when I got a call from the Environmental Health team.”

Dean does admit he sings into the early hours of the morning so that he can connect with his international audience.

Local government has seized two television sets, a jukebox, speakers and DJ equipment valued at more than £3,000 and commanded him to pay the additional £9,500.

The fine comes after the court says he violated the noise abatement order a total of five different times.

“I always say if what I’m doing causes a problem come round and talk to me. But they have never been to see me.”

Watch his full interview with SWNS below along with a special performance of him as Elvis.