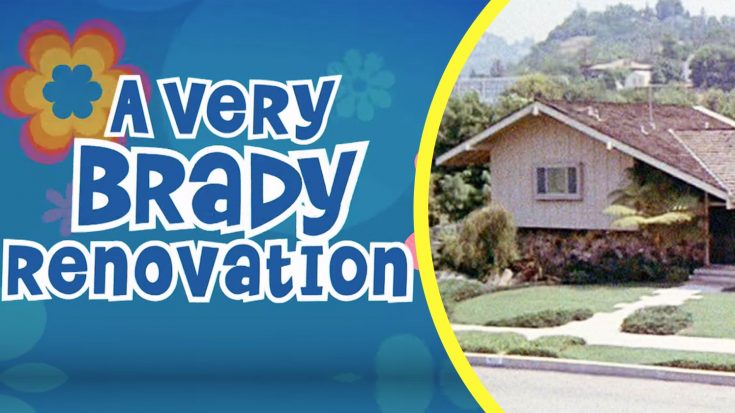 More than 44 years since the final episode of The Brady Bunch premiered on television, this famous family’s home is getting the makeover of a lifetime – and HGTV has just released the first trailer of the show that is documenting the entire process!

In early 2018, the iconic house was put on the market as an array of hopeful buyers waited to get their hands on it.

Eventually, HGTV won the bid and announced that they would be airing a new show A Very Brady Renovation in 2019, where they’d be flipping the home. To add to the excitement, the original characters from the show are going to help with the renovations.

While the outside may look familiar, the production team chose to only use exterior shots of this beautiful home during filming for the opening and closing scenes. The directors even added a fake window to the front of the house to give the illusion that it was a two-story home. The majority of The Brady Bunch was actually filmed inside a Los Angeles television studio.

This new show will pair the famous stars of The Brady Bunch and some of HGTV’s hottest remodeling pros and house designers like The Property Brothers, Lara Spencer (Flea Market Flip), Jasmine Roth (Hidden Potential), and more!

The series will debut on Monday, September 9th on both the HGTV channel and their streaming app – HGTVGO.

Check out HGTV’s very first trailer for the show below.