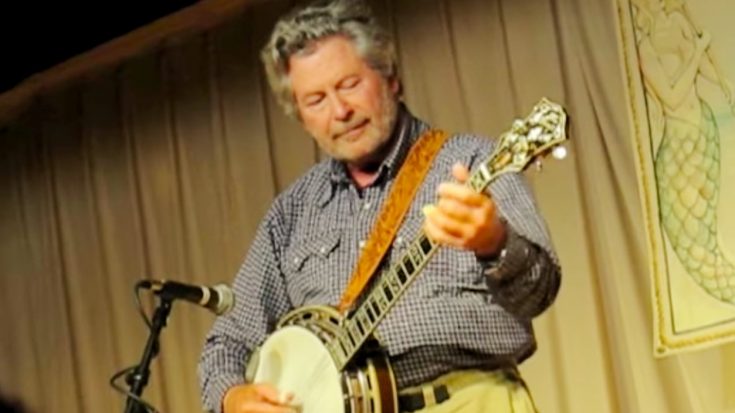 The song we know today as “Dueling Banjos” was composed in 1954 by a man named Arthur “Guitar Boogie” Smith. He dubbed the tune “Feudin’ Banjos,” and recorded it in 1955.

It took eight years for “Dueling Banjos” to achieve major prominence. The song finally got some greater recognition when bluegrass group The Dillards played it on a 1963 episode of The Andy Griffith Show.

If things remained as they were, The Andy Griffth Show‘s performance of “Dueling Banjos” would have been known as the most popular version. But a movie released in 1972 ended up creating what remains the most recognizable rendition of the song.

That film was Deliverance, which starred Jon Voight, Burt Reynolds, and Ned Beatty. Early in the movie, one of the city men grabs a guitar and starts playing “Dueling Banjos” with a country boy he meets.

The “Dueling Banjos” scene is now considered to be an iconic part of film history.

What some people aren’t aware of is that neither actor was actually playing “Dueling Banjos” in the scene. Instead, they faked playing to a recording by Eric Weissberg and Steve Mandell, who also arranged the movie’s version of the song.

Weissberg was responsible for playing the banjo part in the recording. Neither he or Mandell likely anticipated how fast the song would catch on.

“Dueling Banjos” became a #2 hit on the all-genre Billboard Hot 100 chart and a #1 hit on the Easy Listening chart. That’s saying something, considering the fact that the song is all-instrumental.

Beyond his work on “Dueling Banjos,” Weissberg was a multi-instrumentalist and a respected member of the folk community. He performed with the folk group The Tarriers for many years and was also a sought-after session musician.

Weissberg’s instrumental work appears on recordings by artists of all genres, from rock, to bluegrass, and even pop. Most notably, he was known for contributing guitar parts to Bob Dylan’s Blood on the Tracks album.

The musician didn’t let age slow him down, and remained active as a performer despite being diagnosed with Alzheimer’s a few years ago.

Sadly, Weissberg passed away on March 22, his family confirmed. He was 80 years old.

Although Weissberg may be gone, his legacy will live on through the music he created. Remember him by watching one of his past live performances of “Dueling Banjos” below.

Thanks to “Dueling Banjos,” Weissberg’s name is cemented in country music history.