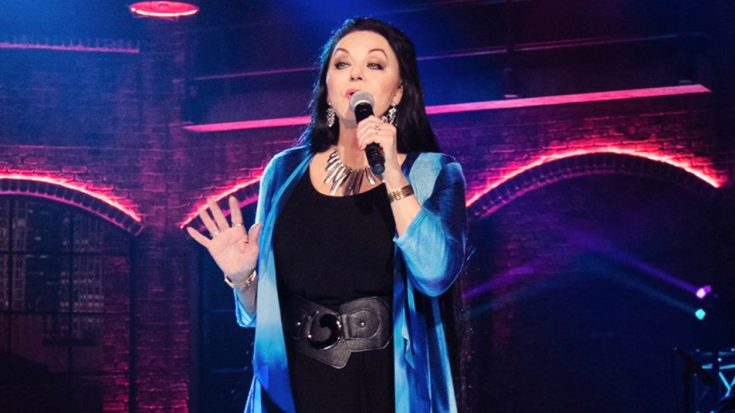 Country legend Crystal Gayle had a few performances lined up for this week that she unfortunately had to cancel.

At first, she only cancelled one event – her appearance on Opry Country Classics at the Ryman Auditorium on Thursday (Sep 5). The tweet from her team on Wednesday (Sep 4) said she was “unfortunately under the weather and unable to perform as she would have hoped.”

Crystal's appearance on Opry Country Classics from the @Ryman – set for 9/5 – and her CD signing afterwards has been cancelled. Crystal is unfortunately under the weather and unable to perform as she would have hoped. Thank you for understanding. -Gayle Enterprises, Inc. @opry

The next morning, she cancelled two more events – a listening party as well as her Grand Ole Opry performance on Friday (Sep 6) and CD signings.

**CANCELLED** LISTENING PARTY 9/5 – OPRY COUNTRY CLASSICS 9/5 – GRAND OLE OPRY 9/6
Due to illness, Crystal regrettably has to cancel all appearances scheduled for today and tomorrow.
This includes: all mentioned above and all scheduled CD signings. @opry

Our thoughts and prayers are with Crystal as she recovers.