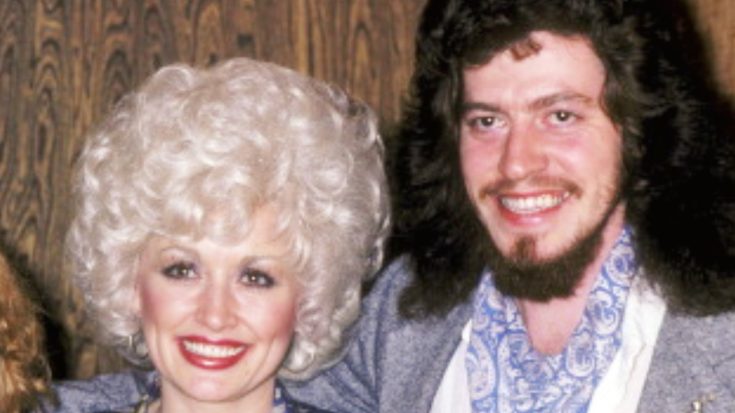 When Dolly Parton was born in 1946, she was the fourth of 12 children Robert and Avie Lee Parton would welcome into their tiny Tennessee home. As the years passed and the Parton children grew, many of them developed a passion for music.

A number of the Parton children also got into cooking, with Dolly recently telling Entertainment Weekly that one of their favorite holiday traditions was making dumplings together as a family.

“It’s my favorite dish, of all my brothers and sisters — because I cook just like my mom,” she said.

The Siblings That Work Together, Stick Together

In addition to cooking together, Dolly and her siblings have often worked together through the years.

For example, her sister Stella starred in her Coat of Many Colors television films and served as the Parton family representative on set.

Dolly & I are both huge Tina Fey fans so what a thrill to get to visit with her tonight! #dollyparton #stellaparton #tinafey

Another siblings that Dolly worked closely with through the years was her younger brother, Floyd. Together, they co-wrote a song that appears on Dolly’s hit Heartbreaker album from 1978.

Titled “Nickels and Dimes,” the two Parton siblings are the only ones credited as writers on the song.

But Floyd’s most notable contribution to his sister’s career was a song he wrote entirely on his own. Titled “Rockin’ Years,” the song was released by Dolly in 1991 as a duet with fellow country star Ricky Van Shelton.

The duet was a smash success, and topped the country charts in both the U.S. and Canada.

It’s clear that Dolly and Floyd had a strong bond, one that has been forever cemented in the music they created together.

Sadly, Dolly will never get the chance to write another song with Floyd again, as he passed away on December 6. He was 61 years old.

Dolly’s sister Stella first gave some indication that something was wrong with Floyd just days ago when she took to Instagram to share an old-school photo of the two of them together.

“I am spending the day with my beautiful brother Floyd,” she wrote. She followed that sweet declaration with lyrics from Dolly’s song “Light of a Clear Blue Morning.”

I am spending the day with my beautiful brother Floyd. “I can see the light of a clear blue morning and everything is gonna be alright it’ll be okay.”

Floyd is survived by his brothers and sisters, their spouses, and his many nieces, nephews, great-nieces, and great-nephews.

According to Floyd’s obituary, the Parton family is asking that in lieu of flowers, those wishing to honor him may do so by donating to the My People Senior Activity Center at 1220 W. Main Street, Sevierville, TN 37862.

We are so saddened to hear of Floyd’s passing, and our prayers go out to the Parton family as they mourn his loss. They must be heartbroken…

You can remember him by watching Dolly’s official music video for the famous duet he wrote for her, “Rockin’ Years.” His talent will always live on through this song and the others he helped create.