This Is The George Strait Album You’ve Been Waiting For 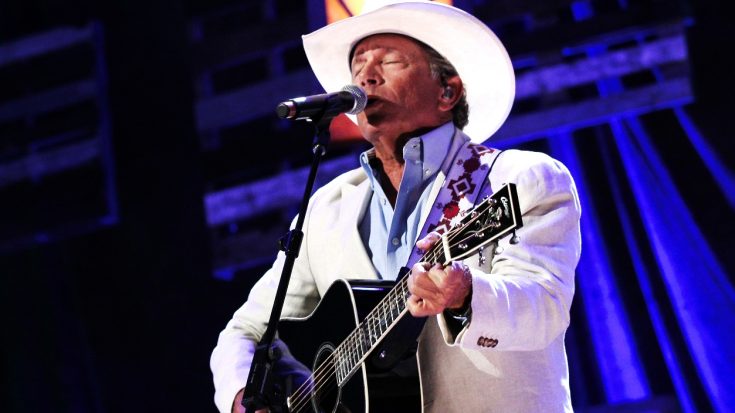 The King of Country music might have retired from taking his show on the road, but that doesn’t mean that he’s putting down the guitar and calling it quits just yet!

At 66 years old, George Strait has cut nearly 30 studio records, scored 50+ chart-topping singles, and has one of the most dedicated fanbases in the history of the genre. This true-blooded Texan seriously takes the cake no matter what he does.

28 years ago George Strait hit #1 on the Billboard country chart for the first of five weeks with "I've Come To Expect It From You." #MusicIsLife pic.twitter.com/gIC1KZQk6D

After a splash of good news from The King with him adding new shows to his seemingly-endless Strait To Vegas series, he revealed that he was coming out with brand new music in 2019 – and even shared some with fans, live!

Reported by Rolling Stone, during one of his Strait To Vegas shows on Friday, December 7th, he played more than one new track off his forthcoming album and even shared the name of it.

Honky Tonk Time Machine will be his first new album in more than three years and if you listen to his first single off the project, you’ll get a taste of what’s to come!

Named after his own favorite brand of tequila, Codigo, the single is a bouncy and twangy ode to drinking this legendary liquor.

This album will be the first for Strait since his 2015 release of Cold Beer Conversation, which debuted at the No. 4 spot on Billboard’s 200 and No. 2 on their Top Country Albums chart.

His highest-charting hit from that album was “Let It Go” which peaked at 18 on the Bubbling Under Hot 100 Singles chart from Billboard.

Watch part of his Vegas set below where he debuted the new songs and tell us how excited you are for it! Will you be ordering a copy?