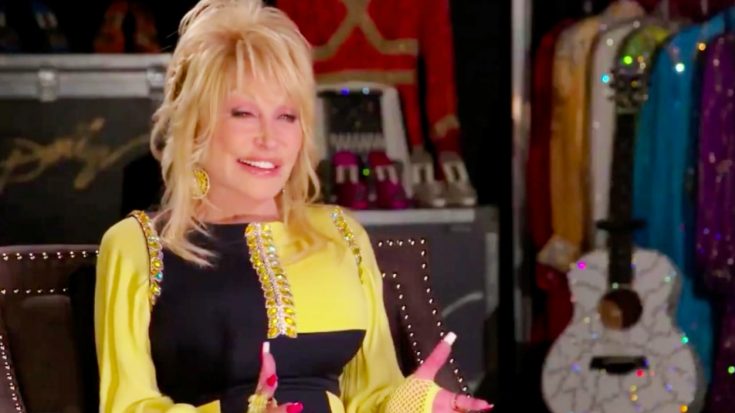 Dolly Parton may have just celebrated her 74th birthday on January 19, but she’s already looking forward to her 75th!

Even though Parton’s 75th birthday is nearly a full year away, she knows exactly how she wants to celebrate. Staying true who she is, she’d like to ring in the milestone year of her life in an over-the-top fashion.

So how would Parton like to celebrate her 75th year on this Earth, you ask? Well, by posing for Playboy, of course!

If Parton’s dream does come to fruition, it won’t be her first time posing for the magazine. Parton was famously featured as a Playboy covergirl in 1978, though she refused to appear nude.

Despite this, her pictures were still viewed as some of the sexiest shots ever shared in the magazine.

Now, Parton has dreams of appearing in Playboy again, and may even consider recreating those iconic photos she took in her 30s. When asked during 60 Minutes Australia if she’d ever redo those pictures, she responded with an enthusiastic, “Maybe!”

“I could probably use it,” she said, referring to the outfit she wore in the photos. Of course, she had to throw in a good joke about her famous assets. “Boobs are still the same,” she said with a laugh.

She went on to explain why she thinks it would be “a hoot” to pose for the magazine again at the age of 75:

“See I did Playboy Magazine years ago and I thought it’d be such a hoot if they’ll go for it — I don’t know if they will — if I could be on the cover again when I’m 75.”

That would be a sight to see, now wouldn’t it?

You can hear Parton talk more about her dream to pose for Playboy at 75 by watching part of her 60 Minutes Australia interview below.