Dolly Parton Suffers Loss Of Key Person In Her Life 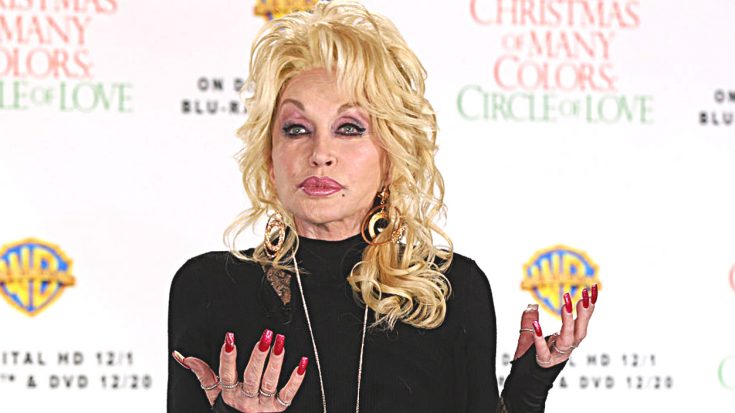 Behind every country music artist is a team of people who help them out with the demands of their everyday life. There are makeup artists, publicists, bus drivers, and personal assistants, all who help the artist on an often daily basis.

But one of the most important players in an artist’s life is their manager. For artists who have been in the business for a while, it isn’t at all unusual to change management a time or two (or more). Even if they do change house, their name is forever attached to the one who managed them before, giving them the power to say, “Yes, I managed this superstar act.”

Over the course of her decades-long career, the staff surrounding Dolly Parton has certainly changed. During the 1970s, she was under the management of the Katz-Gallin Enterprise, Personal Management Firm.

In 1973, a man named Billy Sammeth joined the firm, and was soon tasked with managing the careers of not just Parton, but other big names such as Joan Rivers, Cher, Olivia Newton-John, and Parton’s future 9 to 5 co-star Lily Tomlin.

If you have heard Sammeth’s name before, you likely heard it in connection to Rivers and Cher more than you have with Parton. At some point, Parton’s management changed hands, and she is currently managed by CTK Management.

But just because Sammeth and Parton may not work together now doesn’t make the news we’re about to share any less heartbreaking. As it was revealed on Monday (June 18), Sammeth passed away over the weekend.

The Hollywood Reporter was the first to break the news of Sammeth’s death. The publication citied a blog post from his sister, who said he passed away after fighting a battle with pancreatic cancer.

The Ones He Left Behind

Sammeth was only 66 years old when he passed away. But in that short amount of time, he got the chance to work with a number of the biggest names in Hollywood.

Other than managing artists such as Parton, Rivers, and Cher, Sammeth also got the chance to work with Donny Osmond and KC and the Sunshine Band.

In addition to the friends he made over the years, Sammeth is survived by his sisters Barbara and Ellen, neice Lynn, nephew David, and his many cousins.

As of press time, Parton has not released a statement about Sammeth’s death.

Our hearts go out to all who loved and worked with Sammeth over the years. May he rest in peace.