Warning: Video Contains Hysterical Impersonations. Don’t Watch This If You Have A Weak Bladder 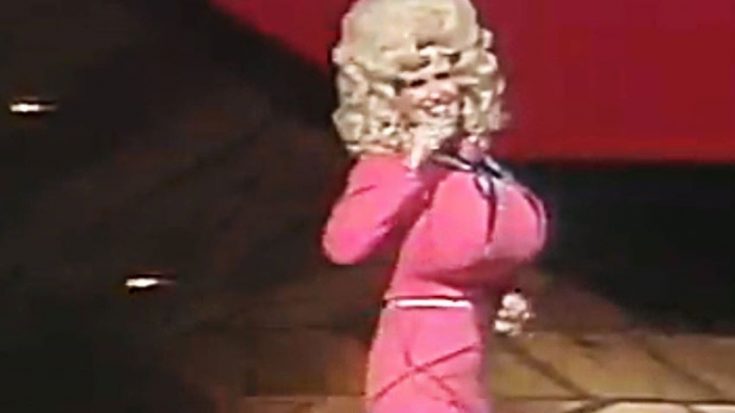 Chances are you’ve never seen superstars Dolly Parton, Linda Ronstadt, Cher, Loretta Lynn and Tina Turner on the same stage before. Chances are even slimmer that you’ve seen country legend Lynn Anderson do her spot-on, hilarious impersonations of these distinctly different stars all in one single show.

Get Ready To Giggle

Be prepared to lose it. Get ready to giggle and guffaw. But, above all, if you have a weak bladder, you’ll be gladder if you don’t watch this video.

Lynn Anderson, one of country’s most dominant female vocalists of the 1970s left us way too early at the age of 67. That was back in 2015, just a few years ago, but it seems like longer, doesn’t it?

June 15 marked the third annual observation of “Lynn Anderson Day.”  The state of Tennessee initiated the honorary observation to keep Anderson’s fabulous legacy alive. Anderson did an admirable job, though, of making sure her lasting imprint on the world of music would last long after she passed.

She was the first female country singer to sell out Madison Square Garden in New York City. Anderson was a trailblazer first, an entertainer second.  She won the Grammy award for “Best Female Country Vocal Performance” in 1971 for her hit “Rose Garden,” which established her as a cross-over, international country superstar.

It seems only right we remind you that addition to raw talent, Lynn had a wicked sense of humor. She was known to be feisty, funny, frank, and forever friendly.

Now, thanks to the Country Music Hall of Fame, we can all experience the energy and electricity of the musical phenomena of Dolly Parton’s “Jolene,” Linda Ronstadt’s “When Will I Be Loved,” Cher (and a cardboard Sonny) belt out the “The Beat Goes On,” Loretta Lynn and “Coal Miner’s Daughter,” and last, but definitely not least, Tina Turner’s “Proud Mary,” complete with backup singers and gyrating dancers.

Originally shown on Music Hall of America, a seventies variety show, Anderson appears larger than life (at least from the waist up) as she opens her unforgettable and hysterical impersonations of some of music’s greatest stars.

There’s more than one way to leave a lasting impression and Anderson hit them all. No doubt this country legend’s star will shine brightly, illuminating the well-kept rose garden she never promised you.

Which of her impersonations is your favorite?

Posted by Country Music Hall of Fame and Museum on Friday, June 15, 2018