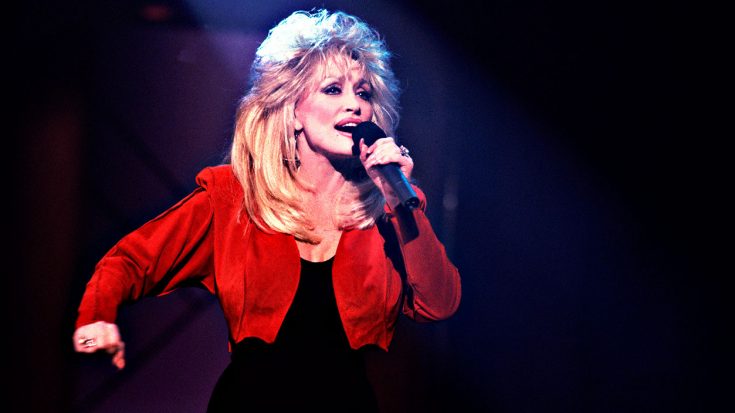 In an emotional and tear-jerking moment, this legend debuts a never-before-heard song to the public in honor of her friend she recently lost.

Just days after Tammy Wynette‘s passing, the country music community joined together to honor the songstress in a way that only they could. Part of the memorial featured Wynette’s close friend and fellow country legend, Dolly Parton sharing memories and music that she holds dear.

“We always had the worst hair,” Parton recalled during her memorial speech. “‘But Tammy,’ I’d say, ‘I think that’s why God gave us talent, ’cause he screwed up our hair so bad’.”

Moments later, Parton explained that she had recently been going through some songs at home and uncovered a part of a song that she had penned with Wynette but they’d never finished – and she chose to share it with the world.

What's not to love about this video of @DollyParton and Tammy Wynette? Watch: https://t.co/RS076E2W6L #WCW pic.twitter.com/JtEQDgykZu

With just a pitch pipe and a few lines of the song, Parton and the backing band at the Ryman Auditorium sang with all their heart this beautiful unreleased piece of music that this beloved legend had a hand in crafting.

The working title, “Didn’t Hear the Thunder,” is a theme that appears throughout the chorus – which is the only part Parton sang of this collaboration, but amazing nonetheless.

This beautiful, a cappella moment truly shows the mastery and talent that both Parton and Wynette held as queens of the country charts.

After finishing the chorus, Parton reveals that she really hopes to finish the song in Tammy’s honor one day soon.

Watch this video below of Dolly Parton speaking and singing at Tammy Wynette’s memorial. The performance segment begins at 3:23.