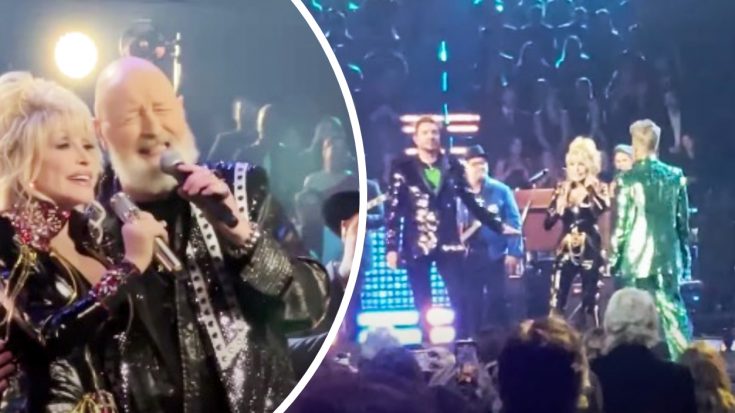 Dolly Parton was inducted into the Rock & Roll Hall of Fame on Saturday (November 5). Parton was initially hesitant about being inducted, and even attempted to withdraw herself from consideration at one point. But she eventually came around to the idea, and has since vowed to create a rock album.

“I guess I’m a rock star now!” Parton declared during the induction ceremony, which was held in Los Angeles.

Parton performed a new song called “Rockin'” during the ceremony. She also united with many of her famous friends for an epic performance of “Jolene.”

Zac Brown later reflected on what it was like performing with Parton during the ceremony. He said, “It was an honor to serve as @dollyparton’s backing band for the 37th Annual #RockHall2022 induction ceremony last night.”

The Rock & Roll Hall of Fame induction ceremony was filmed for TV. The program will air on Saturday, November 19 at 8 PM ET on HBO.

But you don’t have to wait until then to watch watch Parton’s collaborative performance of “Jolene.” One attendee filmed the performance and shared the video on YouTube, which you can watch below.

Congratulations to Parton and all of the other Rock & Roll Hall of Fame inductees from this year!