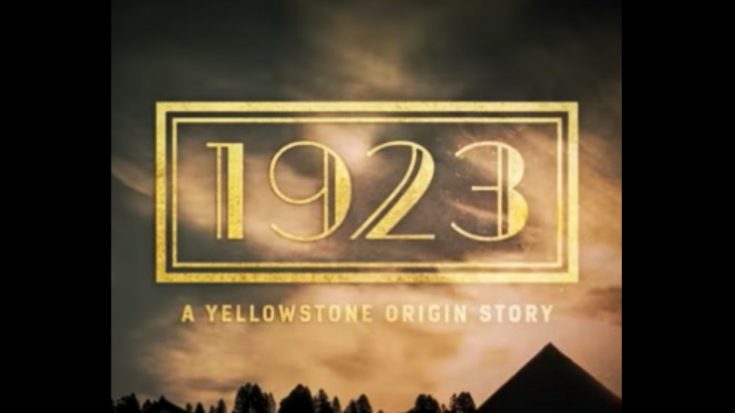 We’re just a little over a month away from the premiere of the new Yellowstone prequel series, 1923. The series will follow the Duttons’ efforts to maintain their ranch in the middle of one of the most trying times in history.

Harrison Ford and Helen Mirren are the stars of the series. They play a married couple, Jacob and Cara Dutton, with Jacob being the brother of James Dutton from the prior prequel series, 1883.

In late October, 1923 finally revealed its exact premiere date…December 18. The news came shortly after Deadline claimed the series is already expected to get a second season:

“[Show creator] Taylor Sheridan‘s limited series 1923 has turned out to be such a sprawling saga that he’ll need two seasons to get it done…” Deadline reported. “101 Studios and MTV Entertainment Studios have given a thumbs up to Sheridan’s ambitions for the Paramount+ limited series, and sources said that negotiations are underway to bring back the cast for another season.”

Although December 18 will be here before we know it, 1923 held off on releasing any teasers or other promotional material. Finally, the show dropped its first teaser image on Monday (November 7).

The show shared this image on what was previously the official social media accounts for 1883. The accounts’ names were changed to reflect the impending arrival of 1923.

First, the show shared an image of the 1883 logo, captioning it, “One journey ends…”

Then, the show followed up by sharing the first teaser image for 1923. The photo’s caption reads, “…another journey begins.”

We don’t see much in the teaser image. The main point of focus is a barn sporting the famous “Y” logo that is synonymous with the Dutton Ranch. The logo for 1923 appears above the photo of the barn.

The show also shared a short teaser clip that shows the 1883 logo fading away to make room for the new 1923 teaser photo. Watch that teaser below.

Hopefully it won’t be too long before we see the first trailer for 1923!